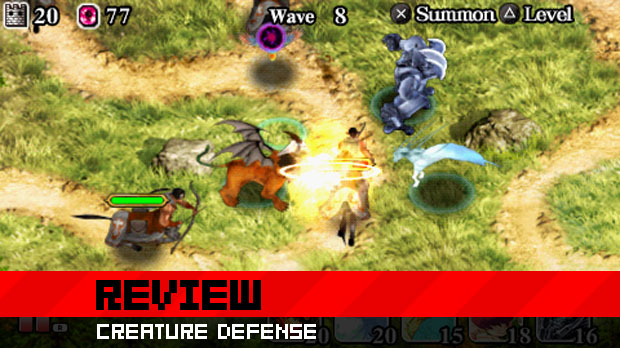 Here’s the concept: Take tower defense and mix it with card-based strategy games. If you’re a total fu*king geek like I am, that sounds amazing. That’s what Creature Defense is. And you know what? It’s pretty good. Addictive even. I’ve lost sleep over this little bastard.

Card game nerds: You want this. Played Eye of Judgment on the PS3? There’s some characters from the game are in Creature Defense. Tower Defense people: You want this. It’s what you like about tower defense, with most of the dumb stuff (useless classes) weeded out. PSP owners, RPG players: You also probably want this.

Read on for our review of Creature Defense.

Hudson had a pretty good idea when they thought to combine card strategy and tower defense. Think about it: By having a larger deck of cards (characters) to choose from, you’re really increasing the strategy of the game. You’re no longer stuck picking from what they give you as far as placeable characters goes — you can pick up to five cards you’d like to use for a particular phase of the game. And seeing as how they’ve also introduced elemental affinities into the game, you’ll really have to think about what cards you pick. Fire, water, forest, light and dark. As an example, you’ll need blue/water elemental powered creatures to take those pesky red/fire bastards down.

As for how Creature Defense plays, it’s not far off from standard tower defense. There’s that ever winding path, and baddies still march in from the left, through the path, working to get to your unseen tower that’s probably just off to the right of the screen. You’ll place your creatures for defense, looking for optimal places for them to knock out as many baddies in a wave as possible. Each Phase has about 50 waves. Survive all 50, including a last one with a big boss, and win to move onto the next. Standard tower defense, right? 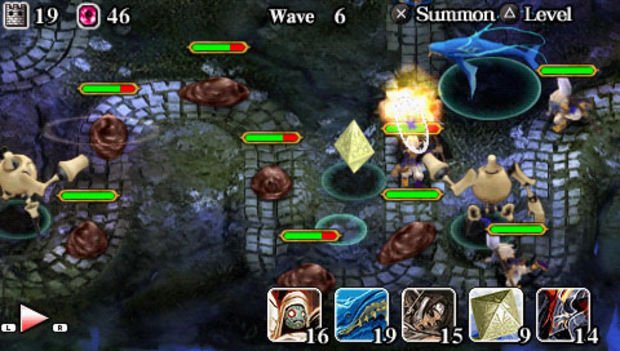 The difference here is the cards. Hopefully, before going in, you’ve picked the five best cards from what’s available. As you battle, more cards are unlocked, up to 50 in all. You can purchase these cards using money you’ve earned from previous battles. Prior to battles, you’re free to customize your own decks, using whatever cards you own to best take on the next phase. Each card has its own stat screen, which displays their art (mostly great art, by the way) and numbers that point to their attack power, range, elemental affinity and so on. In battle, you’ll drop any of your five cards just on the terrain as many times as you want, minding their cost to summon. You can use jewels you’ve earned from killing beasts to summon more, or to spend on leveling up your already placed characters. You can level all you want, but if you don’t have the right cards from the beginning, you’re not going to last.

You’ll want to be careful about your card choices, though, as there’s a hard lesson being taught here.

Unfortunately, having a 50 wave phase is like being beat down with a bad decision you’ve made. I went into phases thinking I was well-equipped, only to find 20 or so waves in that I needed something that could kill, say, a flying character with the forest affinity. So I die, come back with a fire flying attacker, and find out 30 waves in that I shouldn’t have replaced the card that I did. The resulting aggravation kind of takes the charm out of having the cards and their elemental affinities in the first place. It’s certainly not a deal breaker, but it is kind of cheap, and I feel like Creature Defense could have been a bit more enjoyable with a bit more focus on the design. 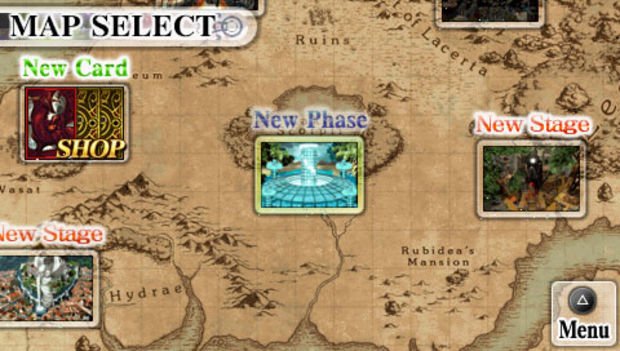 I did like that the cards overall seem to have a nice balance. You end up acquiring cards for all the creatures you fight, which means you end up knowing what you’ll need to take them down later. Those creatures that can kill you easily? When you get that creature, you’ll know how and when to use it. I also like that some cards have bonus abilities. One of the best is a card that gives power boosts to surrounding cards, adding a bit more strategy. Finally, I liked that air attackers (like archers) aren’t stuck only attacking flying creatures. Hate when tower defense games do that.

Creature Defense is fun, but they didn’t put much work into the look. I will say that the card art is really nice, as are the in-game creature models. The stages (phases) suffer from bland and sometimes poorly colored (florescent?) backgrounds. You’ll usually be too busy fighting to pay attention, but when you do see them, you’ll notice pre-rendered roads of mostly boring greens and browns. The music was a strange choice. Even though the setting is within the fantasy realm, you’ll find that the score is that of a crappy 1990’s techno club that no one goes to anymore. Sad techno. 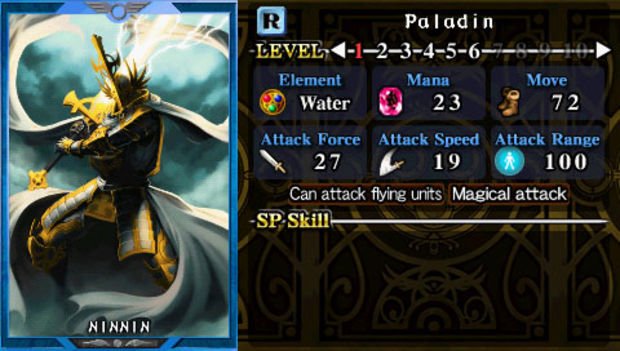 Creature Defense, with its blend of card collecting and tower defense, was a great idea. It could have benefited from a more thought out execution, but it works fine as is, and can be a lot of fun. And again, really addictive. The combination makes for a game that’s definitely more interesting than recent tower defense games. I like that this card twist increases the challenge of tower defense, and not necessarily the difficulty. It’s certainly worth your $7.99.

SCORE: 7.5 — Good (7s are solid games that definitely have an audience. Might lack replay value, could be too short or there are some hard-to-ignore faults, but the experience is fun.)