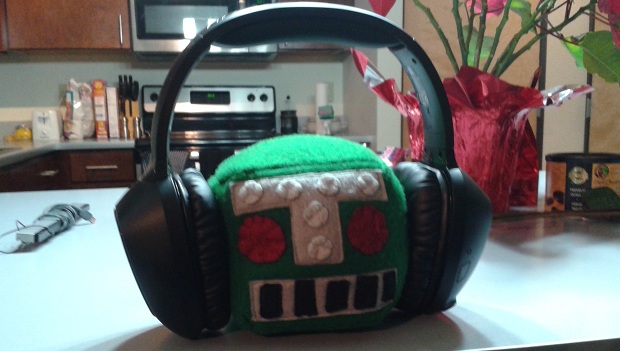 Creative is one of the world’s best-known brands of PC and gaming audio equipment. “Known” doesn’t always translate to “good,” though. I had an opportunity to check out their new Sound Blaster Recon3D external USB audio processor and their Tactic3D Omega headphones.

Do these two pieces live up to the Creative name? Continue reading for the full review.

I have been a fan of Creative’s products for quite some time. In junior high, I bought a used X-Fi card from a kid on the playground (it wasn’t as sketchy as it sounds). I went home and slapped that sucker into the only open PCI slot I had. After fiddling with some settings, I was blown away by how much more amazing Linkin Park was. Teenage angst never sounded so good.

Flash forward to my college days. I had to leave my hulking Full ATX desktop back home and I became a fan of laptops. They’re portable, great for LANs, and use less power. Still … something was missing. Without a dedicated sound card, I just wasn’t getting the same oomph from my speakers or my headphones.

When I got the Omega headset and Recon3D external sound card in the mail, I was eager to put them through their paces. Having a decently portable audio setup has been a dream of mine for the past four years. Working against both pieces was about five years’ worth of nostalgia. Keeping that in mind, let’s get started.

I tested the station with the Tactic3D Omegas, a set of Technics DH-1200s and Sennheiser HD-280 Pros. They are all in roughly the same class, and were good for direct comparison in terms of comfort, sound, and build quality. I used several laptops operating under the assumption that the Recon3D was intended to replace the integrated audio in laptops. 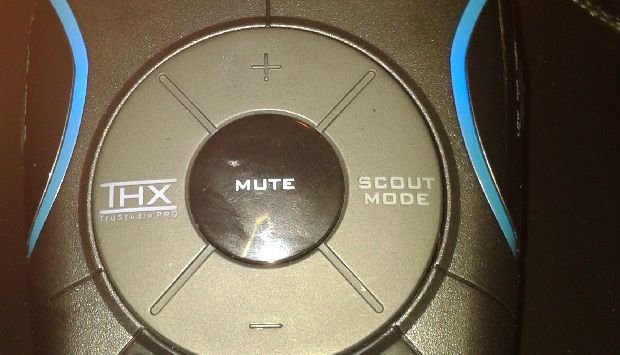 When using the base for the first time, you will need to install some proprietary Creative Software. Thankfully the bloat isn’t too bad; on any kind of modern system, the average user shouldn’t have any problems. That said, it took me quite a while to figure out how much the software affected the output quality versus the device itself. There is definitely a substantive boost in quality. Without it, music run through my laptops’ integrated cards all lack definition and volume. They simply don’t feel as big or warm as they do with the Recon3D.

The included software has quite a few features. On top of the standard equalizer, bass boost, mixer, and environment settings, there are a few bits to increase the clarity of dialogue in movies and games, and a surround-sound emulator. Overall, I was pretty impressed with the whole package. I never heard any distortion or audio tearing that wasn’t already present in the source, and the Recon3D comes with a button allowing you to quickly switch back and forth between your array of tweaked settings and the default.

The Recon3D’s main selling point is, of course, the surround-sound emulation. Creative claims that it “surpasses 5.1 and even 7.1” because it “mimics hundreds of speakers all around you.” While I can’t say that I really endorse this statement, I will say that if you take the time to get the settings in the Recon3D and your game or media player of choice, it is a very rewarding experience.

That isn’t to say there are no problems, however. The software is really finicky, and if the title you are watching/playing doesn’t support surround sound, you’re SOL. There’s always some noticeable panning between the left and right speakers, but if you turn on the surround emulator, it gets quite a bit worse. The transition is clunky and it very quickly kills any immersion that was there. 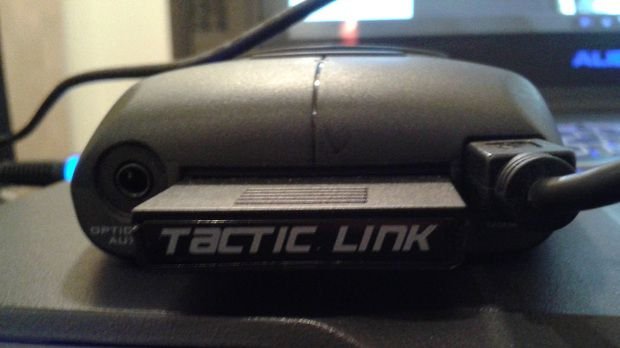 One of the other core features of the Recon3D is something that Creative calls “scout mode.” In theory, the software analyzes ambient noise and highlights subtle footsteps so you can hear approaching foes from further away. In practice, it is something of a total disaster. Take The Elder Scrolls V: Skyrim, for example: the clicking of insects, crashing of waves, and gentle wind become ABSURDLY loud. When I first turned it on, I sincerely thought I caused significant hearing damage.

Thinking that this feature might be meant for competitive first-person shooters exclusively, I started up Counter Strike: Source at a LAN party. My results were a little better (as in I didn’t suffer tinnitus immediately), but I still thought the software was overzealous. It picks up small effects like the rustling of your character’s clothing and/or the footsteps of yourself and others and makes them so loud that it is impossible to focus. It’s trash.

I genuinely believe the Recon3D base unit is a viable alternative to native laptop output. This is especially true if you are unfortunate enough to have one that picks up a lot of electromagnetic interference. Because this runs on USB, the output is nice and clean unless the source itself is crap. If you have a desktop, I would strongly recommend getting a dedicated PCI or PCI-E card.

I love ‘em. They are really solid all around, and I could not for the life of me get the bass to bottom out. The sheer power these headphones have is absolutely absurd for a wireless set, and the fact that they last more than five minutes at full volume is really impressive. They are comfortable, never feel too warm, feel sturdy enough, and are semi-collapsible for semi-easy transport. Still, the Omegas are not without problems. To be fair, almost all of my complaints are derived from the fact that they are wireless and will run you around $200.

To back up a little bit, the Omega headset has three inputs, all on the left side. One for power via micro-USB, another for the detachable microphone, and the last allows you to connect the headset to an Xbox 360 controller. The lack of 3.5mm in or even the ability to accept signal input via USB is probably the biggest frustration. In the same way that a non-user-replaceable cord for a high-end set of wired cans is unacceptable, the lack of redundancy is more than a little annoying. If anything happens to the Recon3D base station, the wireless transmitter, etc. then you will have to send it in for a replacement. It’s just one more potential inconvenience for you down the line.

The lack of alternative inputs also means that you can’t run the Omegas through a headphone amp. For those who tend to get too enthusiastic with the volume dial, this is probably a good thing, but it’s still nice to know you have the choice. For the average user, these headphones still get plenty loud, though at the higher volumes they can bleed a little bit too much. Unless you’ve already caused significant damage to your hearing, you won’t need anything more extreme than what the Omegas can offer.

Probably the pettiest complaint I have relates to the build quality. Compared to the DH-1200s and HD 280s, they are quite a bit sturdier, given their steel core; however, the outside of the cups creak with light pressure, and the frame has slightly more give than you might want. The plastic on the rest of the set is pretty solid. (And the badass blue lights on the outside of the cups almost make up for their flimsy feel.) Still, for two Benjamins, I would prefer something that feels like it will last for a good long while. 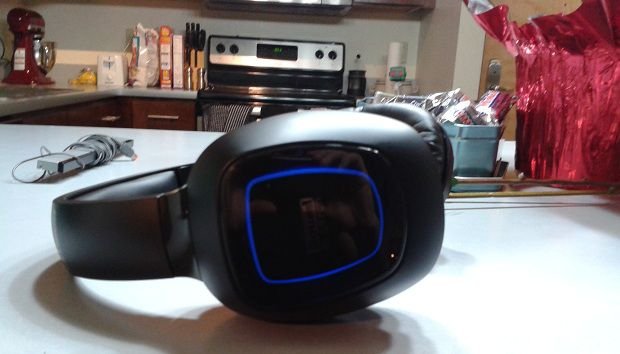 I know a lot of people really won’t care about this extra stuff, so let’s dig into the really important part: how the Tactic3D Omega sounds.

To get a good baseline, I tried watched several episodes of How I Met Your Mother, The Dark Knight, listened to metric craptons of music, and played several games including Sins of a Solar Empire, Skyrim, BioShock, Geometry Wars 2, Forza 4, Mass Effect 2, and Half-Life 2.

As one might be able to infer about any set of headphones ostensibly designed for gaming and shooters, the Omegas are quite bass-heavy. Gunshots, explosions, and deep, driving bass lines are all reproduced in brilliant detail with vibrancy that I don’t get the opportunity to experience often. I’ve never had a set of headphones that have tricked me into thinking there’s a subwoofer in my skull. A lot of sets lose a little something solely because they are headphones; these probably have the most accurate low-end response of anything less than $400.

Sadly, the rest of the range isn’t as stellar. While I certainly couldn’t say that there is any range that isn’t good, the mid-tones are definitely the weak link. Much of milder rock and the everyday sound effects in games and movies come off as dull. I could never get HIMYM to sound natural, regardless of tweaks. Every time I nabbed one range of frequencies, another seemed just as off as ever. Creative included a dialogue setting which is supposed to help with that problem, but it’s more effective when you are playing or watching something that isn’t solid dialogue and laugh tracks. 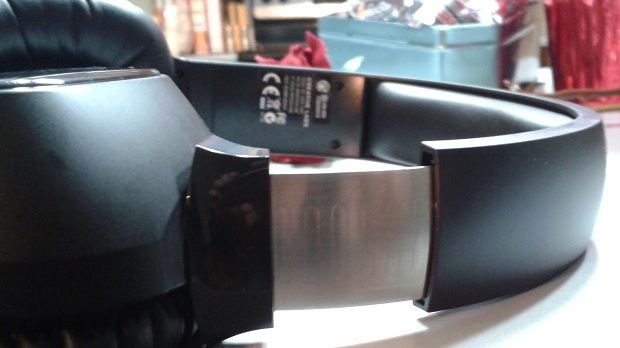 For wireless headphones, they are not as portable as I would like (requiring the base station to be set up to use them) and I think that definitely has a huge impact on usability. You can’t use them with any portable music player, you cannot use them easily on a train or a bus or a plane without some difficulty. As something that is designed for versatility, that’s a very real concern.

One thing I was expected to be an issue was the use of the crowded 2.4GHz band. So many wireless devices already use those frequencies that some interference would be expected. But, for the most part, I didn’t have any problems. Unless you are literally standing next to a running microwave, you shouldn’t have too many issues.

The headset and the external sound car do exactly what I wanted them to. They are a worthy replacement and supplement to my existing equipment. They’re perfect for great, portable audio in a LAN-party setting, and definitely add something that you cannot get with software alone.

Still, I can see some people walking into this purchase expecting one thing and getting another. I definitely cannot recommend either product for everybody, but if you don’t need a super-portable setup, and you have lackluster laptop audio, these are a pretty great option.