It boggles the mind that a throwaway minigame could be turned into a full blown franchise, but that’s Activision for you. Where there’s a profit, there’s a way, and that’s why Call of Duty: World at War: Zombies is now a series, almost two years removed from World at War’s release. 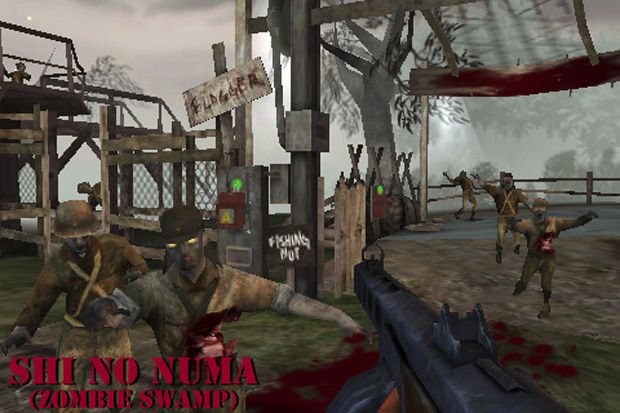 Zombies II plays very much like the last game and, indeed, very much like the original World at War spin-off. A wave based title that sees a shelter under siege by WWII zombies, players have to fend off the undead forces by barricading windows, earning points to unlock new weapons or areas and, of course, shooting decomposing Japanese soldiers in their decomposing Japanese faces.

Pick ups will randomly spawn throughout the game, conferingupon the player special bonuses such as instant kills, multipliers, or nukes that eradicate all zombies on the map. There are also perks which can be equipped for special abilities, and a co-op mode where players have the ability to revive each other. Oh, and you can buy new maps, because Activision.

The game is, as you’d expect, as cool as ever in conceptual terms. FPS titles can work surprisingly well on the iPhone and shooting zombies while on the bus is always nice. However, the game’s rather unwieldy controls lets the game down. Rather than turn around smoothly, there is a strange wild swing that the camera does that feels sluggish at first, then everso slightly too speedy. One’s thumb must train itself to account or this, and while eventually players can learn to aim decently, the instantly helpful controls of an FPS like N.O.V.A are nowhere to be seen. 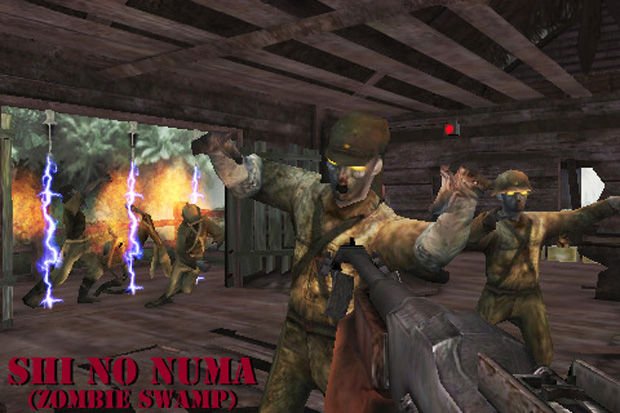 The game does very little to differentiate itself from the games that have gone before, too. For all intents and purposes, you’d be hard pressed to tell the difference between this game and the last by sight alone and the Japanese maps do little to change things. It’s a solid enough pocket shooter, but the chances are good that you’ve already played it.

Ultimately, Zombies II doesn’t quite have the controls to make it stand up against some of the other, better iPhone shooters on the market, nor does it add to the franchise enough to feel like a worthy sequel. The best that can be said of Zombies II is that it’s not bad, but it’s not particularly good either. It’s alright, and for its comparitively high asking price, alright doesn’t quite cut it.