The thing about old school RPGs is that, no matter how bad they are, so long as they contain plenty of grinding, a high encounter rate and the exact same tropes we’ve seen in the genre for the past twenty years, there will always be some group of nerds willing to lap it all up. That’s clearly the mentality behind the release of Black Sigil: Blade of the Exiled.

It contains nothing we haven’t seen before a hundred times by now, but it is so bargain basement in its presentation, so dull in its execution and so pointless in its existence, that it struggles to even stand on the crutches it’s fashioned out of stolen ideas from other, better, RPGs.

I should point out that this probably isn’t going to be a very positive review. 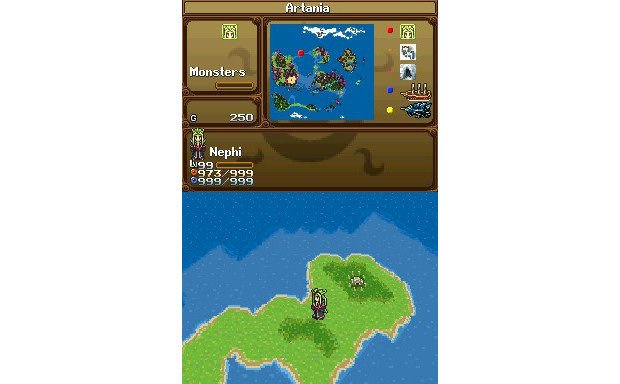 I should disclose that I found Black Sigil so unutterably dreary that I never made it to the end. After hours and hours of endless random battles with nothing to show for it, I decided to put the thing to bed. The fact of the matter is that not one second of my time spent with Black Sigil was really very fun. The whole thing is a chore from start to finish, and incredibly badly designed for the handheld market.

Save points are few and far between, sometimes not even provided before a major boss fight, leading to replaying vast segments of game if one gets killed. Dungeons are a slow crawl, and the random battles, which can occur every few seconds, are themselves incredibly long, repetitive and boring.

The game doesn’t even look all that good. Sprite-based graphics tend to be gorgeous, but the lazy art direction and barely animated characters are horrible to look at, especially when performing the same tasks over and over again. The music is pretty forgettable as well, and sounds incredibly simplistic. 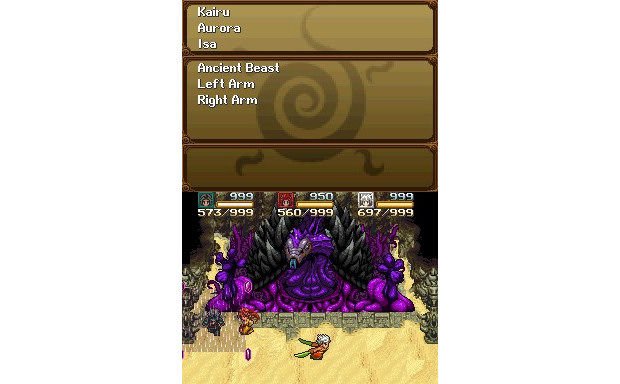 All of this is wrapped up in a poorly written story that threatens to be interesting, but eventually comes off as a poor man’s Chrono Trigger. You take on the role of Kairu, a typically named young RPG hero born in a world where people can use magic. By an unfortunate coincidence, Kairu is born without this ability, just like an evil curse-bringer who once threatened the world many years prior. Kairu is distrusted for this very reason, but soon finds himself in another world and doing all sorts of pointless nonsense until I got sick of reading the boring text.

Perhaps if the dialog was more interesting, or the attempts at humor didn’t collapse embarrassingly, it would have been worth slogging through the dire combat system, but it would had to have been excellent in order to do so. The game is very clearly attempting to be Chrono Trigger, but with none of the charm, tight gameplay, or even better graphics. The top-down, free roaming combat system looks like Square Enix’s classic RPG, but it sure as Hell isn’t that game, no matter how hard it tries. 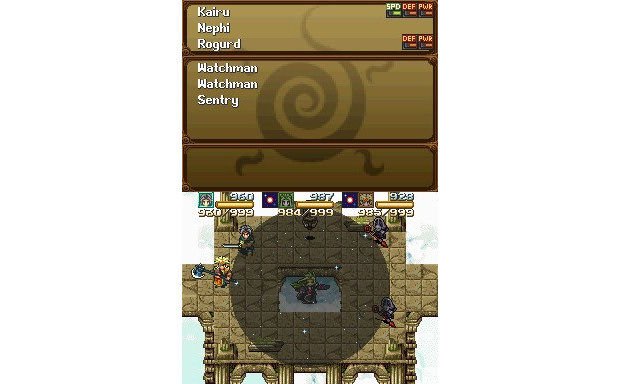 Ripping off the Active Time Battle system, Black Sigil attempts to innovate by allowing characters to move around in real-time by pressing the L button and using the D-pad. Doing so, however, takes up that character’s turn, so it really just helps to drag out battles even more. There isn’t really any benefit to moving around, either, so what the game does is throw in area-of-effect monster attacks and, even worse, deliberately traps player characters behind each other so you’re forced to make use of the game’s unnecessary movement feature. So many characters end up stacked between a piece of scenery and another character, seemingly just to make you move around, and it only adds to the overall irritation that is this game.

The game is simply an annoyance to play. Selecting character actions during a battle is unintuitive, with a horrible multi-tiered, directional selection map that snaps back to the default attack unless you keep the D-pad held down. The menu screens outside of battle are also cluttered and hard to navigate, with pictures in place of menu names that do very little to actually indicate what they are. 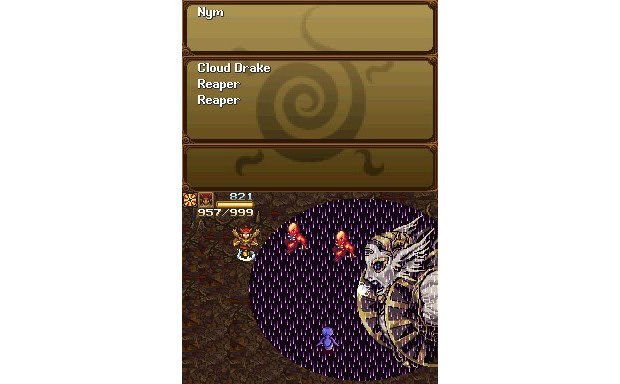 Of course, there will be people who enjoy this game. As I said at the top of the review, some people will accept any grinding, boring RPG if it looks “old school” enough, and Black Sigil is definitely old school at heart. The trouble is that it’s now 2009, and old school grinding with very few save points and such a high demand for commitment simply doesn’t cut it in this day and age. Black Sigil simply isn’t worth the effort it requires, and with so many better RPGs on the DS, there simply is no reason for it to exist.

RPGs are going to have to do a lot more these days than simply say “Look at how old school I am” in order to impress. This game has not done that. It’s not really done anything well at all.