A mediocre clone with a fantastic screen

I remember the first Christmas I ever worked in a mall at an EB Games, getting geared up for the holiday and ready to lose our minds at the absolute insanity of Boxing Day that was to come. In the mall they had these little kiosks where they would sell impulse items that changed throughout the year. But the most perplexing product I saw that year was something that looked like a Nintendo 64 and touted a thousand games. They had it displayed on a CRT television hooked up via RCA cables, so I gave it a shot.

It was shit, frankly.

The controller was cheap plastic garbage. The games were all Famicom/NES games, and most of them were not unique, being variations of one another. Mario 10 for example was just Mario 1 where you had ten lives, bringing the actual number of unique games closer to the range of about a hundred. Not to mention it being legally suspicious since I doubt the company selling this had license to any of the games on display here. It was a cash grab that roped a lot of people into paying fifty bucks for what amounted to a bad emulator in a shell coated in lead paint. Definitely no NES Classic.

Now these sorts of things are a dime a dozen. There are tons of YouTube channels which devote far too much air time to these products. But some of them have gotten better over the years. We now have a wide range of console clones that vary greatly in quality. Overall a lot of the core problems haven’t changed; questionable source of games being the primary one. The Bittboy Mini FC Handheld is not much different unfortunately, apart from one lovely boon that otherwise does not save the system from blending in with the rest of the crowd. 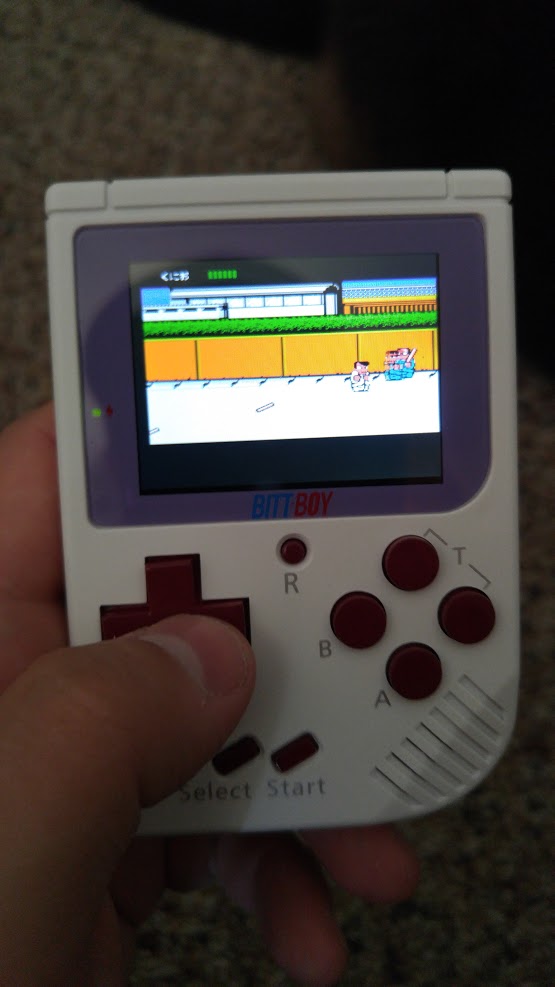 The design of the Bittboy is cute, resembling a miniaturized Game Boy with a Famicom color scheme. Two of its four face buttons are turbo buttons, it has a micro USB cable port to charge its three-our battery, but the Micro SD card slot is completely empty, containing no actual electronics with which to read SD cards. It is an empty slot, and if you put a card in, it’s going to fall into the fucking system never to be seen again which is a pretty shabby oversight since most people are likely going to assume you can load up your own ROM files and pop them in.

I won’t be shy here; this thing is an emulator, you will be playing pre-loaded ROMs on it, and I highly doubt any licensing has been taken into consideration here. Apart from the NES games here, a good chunk of the boastful 300-game library are weird pirated titles similar to what you would see on AtGames and other clone devices, plus the usual various hacks. In short, they are utter garbage and diminish what value you might otherwise find in the game library. The game selection is a random mish-mash of early life NES/Famicom games for the most part, and is crowded by the junk surrounding it. There are a few gems, but with the technical issues which hinder the system, this is one of the worst ways to enjoy them. 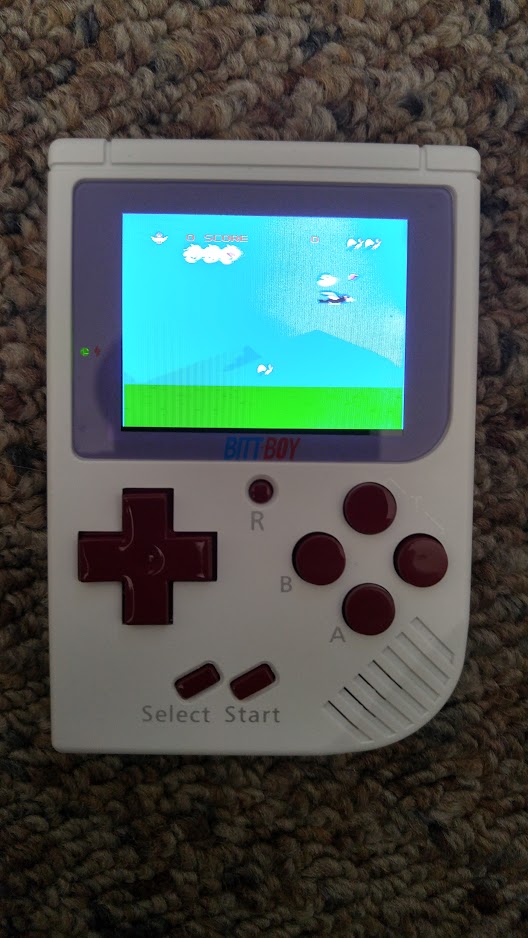 Physically the Bittboy is not impressive by a long shot. The D-pad is mushy and makes an unpleasant squeak when used. The buttons are okay. The screen is the one redeeming factor here; it is a high quality IPS display that is extremely bright and vibrant. But bad emulation means colors are inaccurate, so it rarely does justice to the games. Some of the games I played were also prone to glitching and not displaying properly at all such as Rad Racer, and for some inexplicable reason, Super Mario Bros. only worked for me a handful of times during testing. The rest of the time it would freeze at the intro screen. Huh.

In short this is a disposable novelty item that isn’t much fun to use for more than a few minutes at a time. I gave it to my daughter to play with once I was done reviewing it, and she thinks it’s cool. As an NES collector and something of a purist, I certainly wouldn’t pay the $39.99 asking price for it, but for the casual crowd it might be an alright way to kill an afternoon. That said, even if you just count emulation, there are dozens of other comparable options out there, and while Bittboy is among the better built Famiclones, there are some typical issues holding it back from being very far above them. If you own just about any other portable or device otherwise capable of playing NES games, I’d give this one a pass.