You remember, Bit.Trip BEAT, don’t you? It’s that rhythm-action game that uses Pong as a foundation, but builds off of it with visual metaphors, score multipliers, big-time bosses, power-ups-and-downs, and most importantly, tons of different types of aggressive little squares flying around on-screen at all times. It’s those squares that truly make the game a transcendental experience.

For more about that, check out our review for the original WiiWare build of the game. Other than some new control options, online multiplayer, achievements, and what looks like slightly scaled down graphics, this game is exactly the same game that was released on the Wii last year. In short, it’s awesome. You should buy it.

If that’s not enough for you, I’ve detailed my thoughts on the pros and cons of Bit.Trip BEAT‘s journey to the iPhone below. There is also a mini-review of the game’s all-new DLC levels, which combine visuals and gameplay from Bit.Trip BEAT with the soundtrack from Bit.Trip VOID. Take note Bit.Trip BEAT fans, this is probably the closest you’ll get to an official BEAT sequel.

So what are you waiting for? Let’s re-review Bit.Trip BEAT! 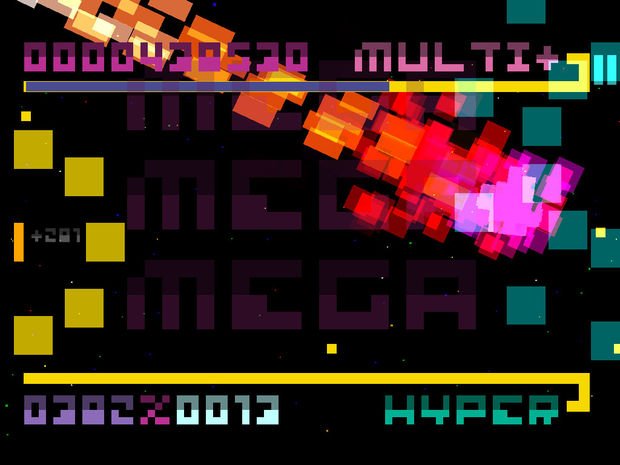 So, lets start with the controls. There are two options: touch controls and tilt controls. Both are playable, but they each have their issues. The tilt controls are responsive, and feel the most like the original BEAT on WiiWare, but since you have to tilt your phone in order to use them, you’ll inevitably obscure your perspective of the screen. In a game where pixel-perfect precision is often necessary, just the slightest change distortion of your placement on-screen can lead to potentially fatal failures.

Sadly, the touch controls are actually a little worse. Depending on the situation, they can make the game unfairly easy, or unfairly hard. Since you can just touch wherever you want your paddle to go on screen, nearly all of the physical dexterity involved with playing the game is tossed out the window. If playing the original Bit.Trip BEAT is like playing a trombone, the touch screen version is like playing a kazoo. It’s a downgrade that removes almost all skill-based fun from the experience.

On the other end, it’s also nearly impossible to keep from obscuring part of the screen when playing with touch controls. I suppose there is a certain skill in trying to play the game in a manner that blocks off as little of the screen as possible, but I don’t imagine that was a challenge that BEAT‘s developers originally intended to include. It’s not that big of a deal at the beginning of the game, but in later levels, you really need to be aware of everything that’s going on in the game at all times. Throw in the potential for finger slips and hand cramps, and you have a control scheme that Luc Bernard might refer to as “unplayable.” 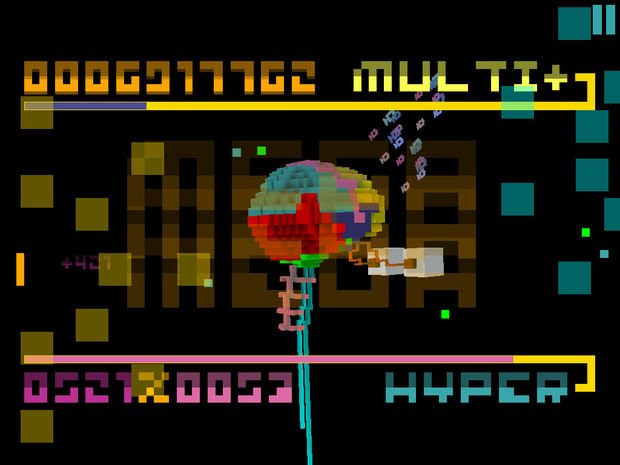 That said, the tilt controls really are quite manageable, and I think they are worth getting used to in order to experience the game’s added features. The achievements are … achievements, and while I personally get nothing from the additional pat on the back that they provide, I know a lot of you out there love them.

I think that everyone can universally applaud the game’s multiplayer modes. You can go local with another iPhone (or iPad, which accommodates better controls and HD visuals), or online through the iPhone Game Center. The online was lag free, and the local multiplayer was equally smooth. Local is the way to go for me, as multiplayer BEAT requires some strategic coordination. Plus, there is nothing more emotionally bonding than sharing the cries of joy (or sorrow) of BEAT with a friend.

All in all, the control issues are downgraded to the degree where I need to take off at least a point from the 9/10 that the WiiWare version received. Still, the achievements and online multiplayer are good enough to add at least half a point. Using my super math powers, I deduce that Bit.Trip BEAT iPhone gets an … 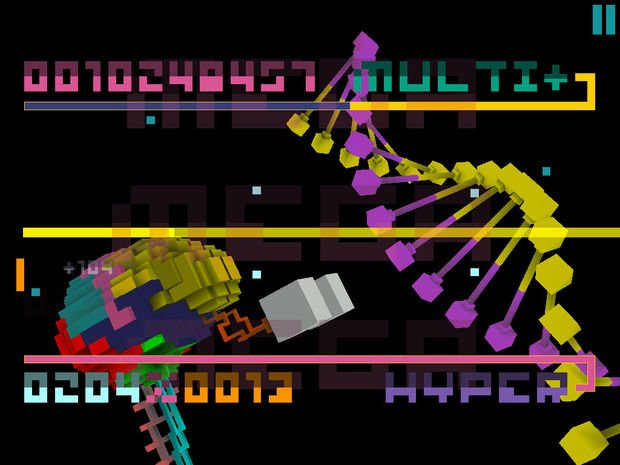 When Bit.Trip CORE was first announced, some fans of BEAT cried foul. CORE was technically a sequel to BEAT, but it definitely wasn’t BEAT 2. Though CORE ended up being arguably a better game than BEAT, some fans of the original still weren’t happy. They wanted more BEAT. Now, they’ve finally gotten their wish.

These new levels feature music from the soundtrack to Bit.Trip VOID. The songs are excellent; arguably more ambient and mind-altering than the poppy tunes found in the original BEAT. There is tonal variation in VOID‘s soundtrack when you upgrade from Hyper to Mega (read the full review if you don’t know what that means). While BEAT‘s soundtrack gets a noticeable jump in fidelity when you enter Mega, VOID‘s tunes go from subtle and simple to booming and bombastic. Either way, the compositions here are great for both first-time listeners and pre-committed VOID fans who are looking for an excuse to revisit the soundtrack. 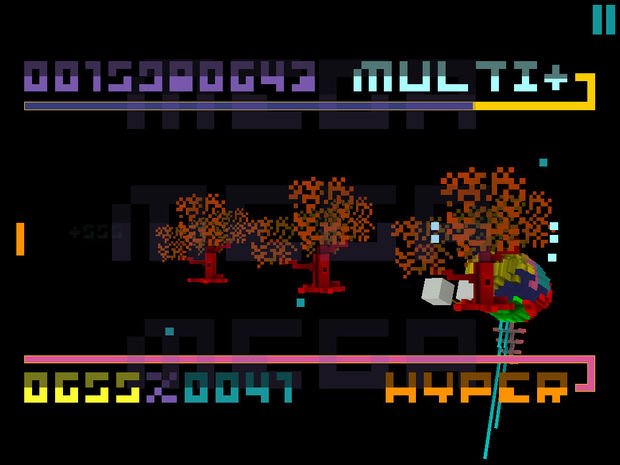 The real stars of the show here are the new beat patterns. Those aggressive little squares are back, and in a whole new arrangement. Unfortunately, the arrangements here aren’t always as interesting as those created by Gaijin Games for the original BEAT. There are some moments where the creativity and ingenuity rivals the original, but there are also plenty of moments where things feel pretty standard. It’s still fun throughout — it’s just not always mindblowing in the way that BEAT was the first time I played it.

Part of that comes from the lack of new beat types. Their order may be new, but for the most part, these are the same beats that BEAT fans have taken on many times before. The bouncing orange beat, the high speed, squiggly purple beats, the paddle-shaped yellow beats; they’re all back. While it feels right to see them again, it would have been more exciting to get all-new beats to contend with. 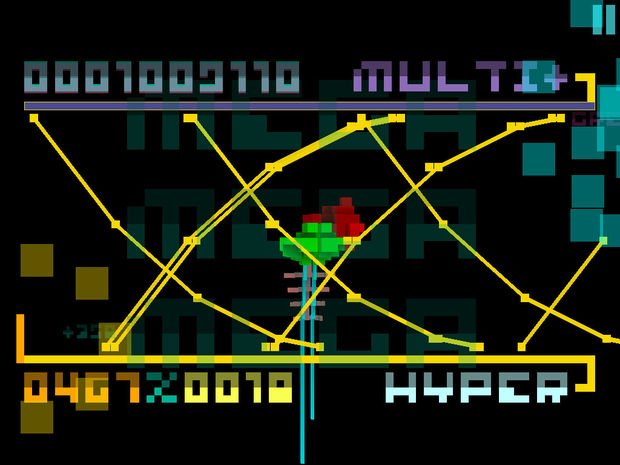 BEAT‘s backgrounds and bosses also make a return appearance. They are completely unchanged from how they appeared in the original game, and are by far the most “same-y” aspect of the VOID remix experience. That wouldn’t bother me at all if I’d never played BEAT before, but as someone who’s played through the game at least 20 times, it’s a little uninspiring to take on the same bosses again in what’s otherwise a new series of challenges.