I love mechanical keyboards. I used to think people that raved and ranted about them and spent hundreds of dollars on a basic-looking, loud-as-hell keyboard were stupid idiots — until I tried one. Now I can never go back.

That said, I see why many people just use a plain old boring keyboard because the price of mechanicals can be rather steep for the current economy, especially if you want to get something flashy. Thankfully, there now exists an entry-level mechanical keyboard with decent switches for a budget price, though there are some small caveats. 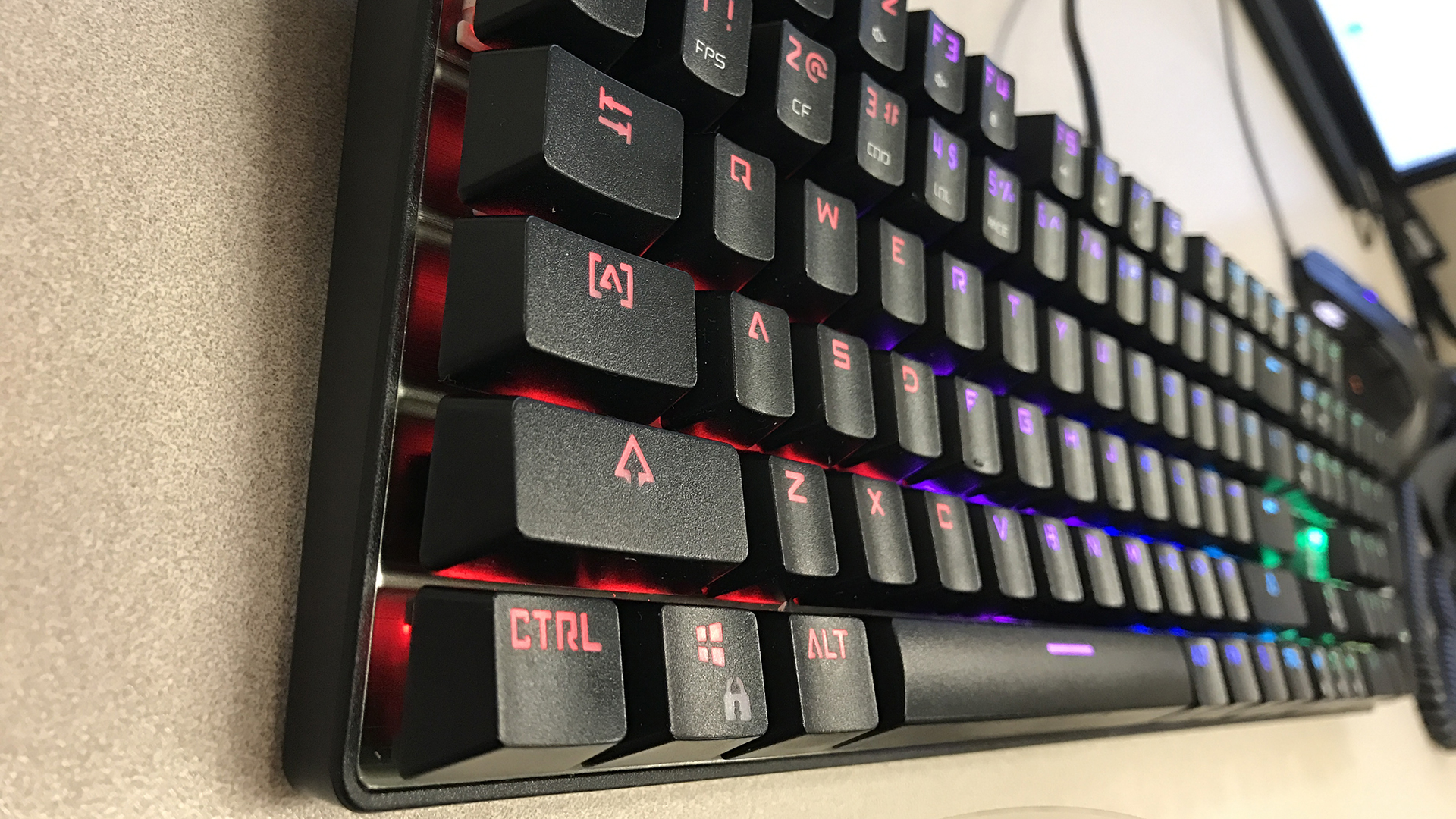 I’ve been using the AUKEY KM-G3 at my day job since receiving it for review a couple weeks back, which was a blessing as I couldn’t bare to use the boring and basic generic keyboard I was provided, especially since I use a mechanical as my daily driver at home. In those two weeks, I think almost everyone in my office has either asked me about my keyboard or made comments about it, all without my prompting.

Some are impressed with the rainbow lights pulsating across my keys at all times. Others slyly make it known they can specifically tell when I’m typing as they can hear me from multiple cubicles away. Honestly, I think most people in my office want to smash my keyboard into a thousand pieces, be it out of envy or out of pure hatred for how loud it is, and let me stress that it is quite loud. It uses blue keys, which many people in the mechanical community prefer if they use the keyboard for both gaming and typing. Still, the keyboard I use at home is louder, and they will regret it when I buy another one for the office in the near future.

Every key has an RGB light underneath, and the lettering on each key is clear to allow light to come through. Even though this is an RGB keyboard, there are only a handful of colors that can be selected due to the limited amount of customization options. Unlike many more expensive RGB mechanicals, the KM-G3 doesn’t have a fancy computer program that is required to change the lights — only a few key combinations that change the lights from the keyboard itself.

Settings range from pulsing or breathing solid colors, rainbow waves, keys lighting up momentarily while pressed, solid colors, and a few other schemes. There are also a few different modes that light up keys specific to different types of games such as FPS and MOBA titles. You can get advanced and change every key to whatever color you want, but it is time-consuming doing it a key at a time on the physical keyboard. While basic in comparison to other boards on the market, it will get the job done impressing your pleb coworkers with their non-RGB keyboards, so mission accomplished? 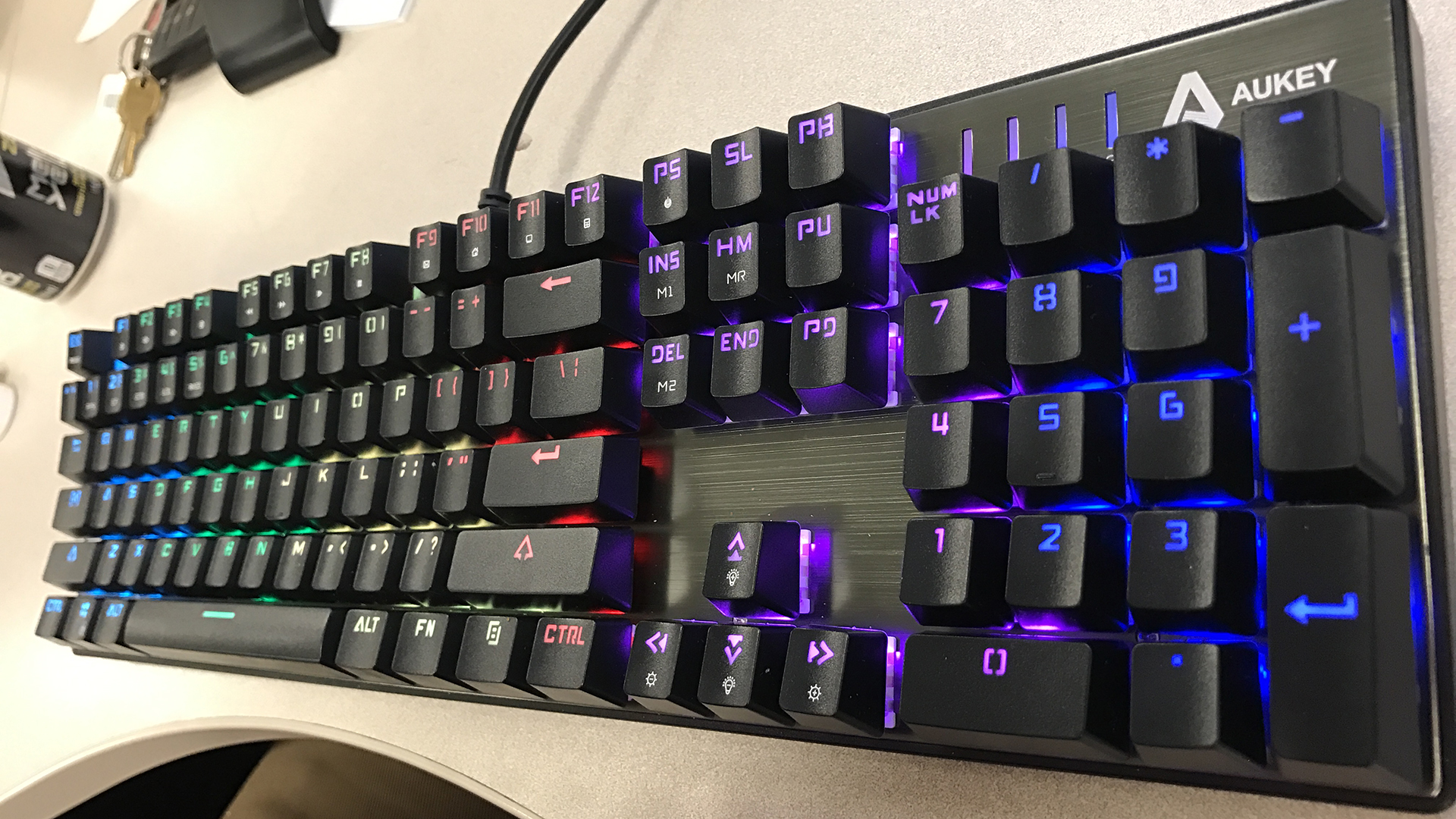 Most important, however, is the key switches themselves. The KM-G3 uses blue switches (Outemu blues, to be exact), which are loud and clicky, and require a bit of pressure to press, thus allowing you to rest your fingertips on keys without fear of pressing a key on accident. Here you’ll find they are, as I’ve said, quite loud, but so are most mechanical keyboards. Probably the worst thing about this keyboard, however, is that there is a tinny metallic after-tone when typing. I’m not sure if it is caused by the switches themselves or the keycaps hitting the metallic top of the keyboard. It isn’t the worst thing ever but is certainly something to consider before buying this board.

Another annoyance is that the keycaps themselves aren’t the highest quality, as on the backside you can see where they were molded and never smoothed out. I can run my finger along the back underside of the function keys at the top of the keyboard and feel sharp edges and grooves. Obviously, this isn’t something you’d probably ever do during basic use, but just something I noticed that bears mentioning.