A miniature museum at home

World War II is a staple in the gaming community. For years all we had were Nazis to shoot because it is harder to find a more universal evil than Nazis. Unfortunately, since most of those games were shooters the stories amounted to little more than to move you from battle to battle so that you had more Nazis to shoot at. Games that eschewed the shooting and instead dove into the human story of World War II are few and far between, so when one of the community members here sent me the Steam page for Attentat 1942, my first thought was that it was about damn time someone did this.

My real conundrum with writing this review is how does one even begin to handle a game about one of the most atrocious periods in modern human history? It’s not like I can say this game is a barrel of laughs or a joy to play because it isn’t. It is filled to the brim with the horrors of Nazi-occupied Europe, and while the personal stories are fictionalized, the gnawing reminder that these stories are based on countless real-life stories makes the game both uncomfortable and almost necessary to play. 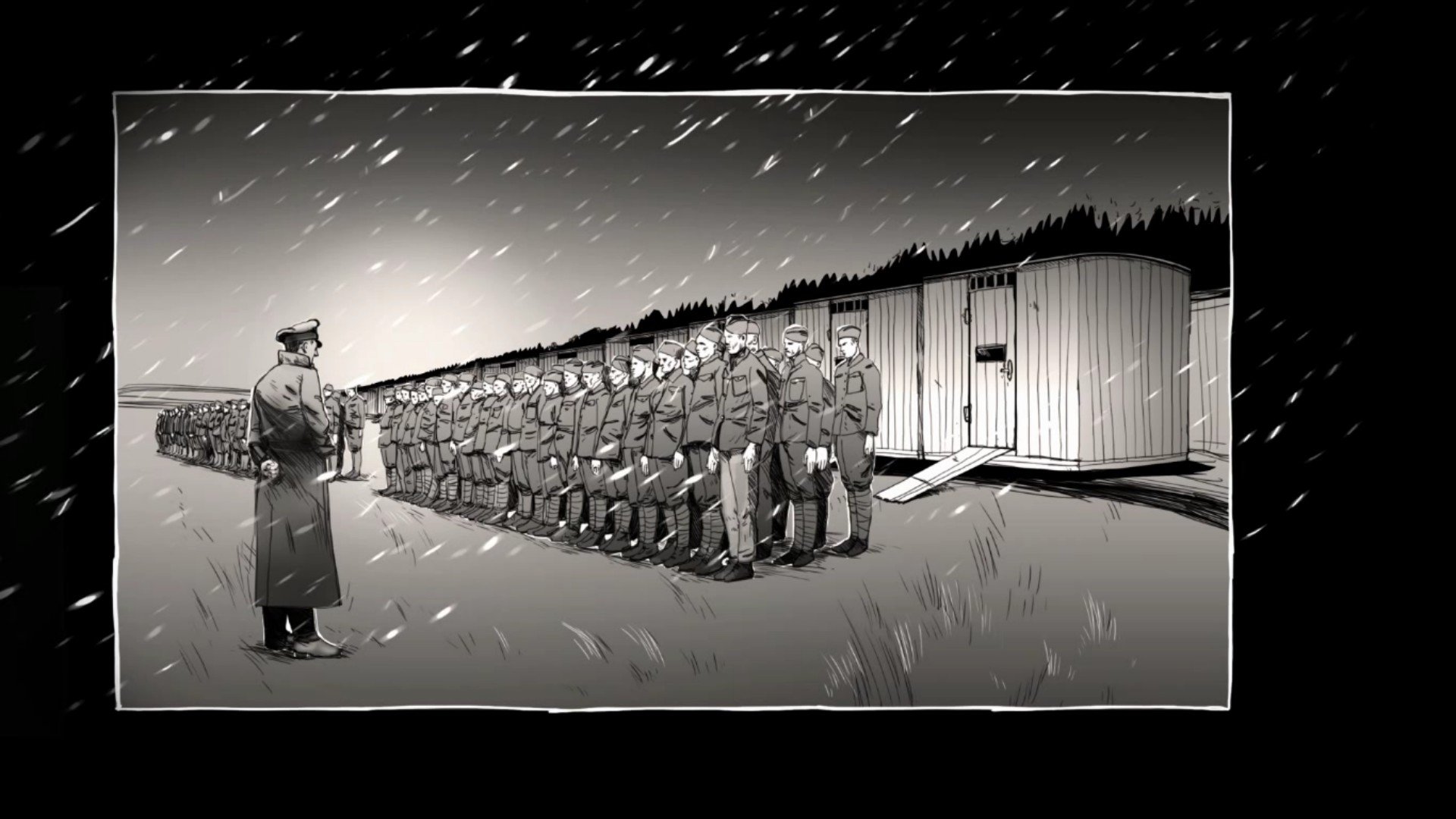 Attentat 1942 is centered around the Nazi Germany Protectorate of Bohemia and Moravia, which prior to and after the war was known as the Czech Republic. The game starts out with the announcement of the assassination of Reinhard Heydrich, the protectorate’s leader, by Czech resistance fighters. The assassination sets off a wave of reprisals by the Nazis including razing two villages, thousands of executions, and even more arrests and deportations to concentration camps.

As the player character, you are the grandson or granddaughter of a dying man who was arrested during the Heydrich reprisals. The game starts off with you helping your grandmother clean up her house when you come across some mementos from the war. What follows is your quest to figure out why your grandfather was arrested and in general learn more about him before he passes. Gameplay-wise, Attentat 1942 is a full-motion video adventure game, mixed with some visual novel segments as well as a few mini-games that involve you using previously gained information and wits to solve light puzzle elements.

For some people this game might be boring since it is a lot of listening and reading. It almost feels like Attentat 1942 belongs in a museum as part of an interactive exhibit because it does a lot of talking to you while not giving you many opportunities to interact. The few times that you do get to interact are through mini-games that have you doing such things as hiding potentially contraband items before the Gestapo can find them, or writing an article for a local newspaper using predetermined statements that you put together. It’s not exactly riveting gameplay but the source material wouldn’t really work with anything else.

The bulk of the story is told through full-motion interviews where you ask questions to people who survived the atrocities. The interviews move in a conversation tree format so it is possible to miss some information but you are given the opportunity to redo the interviews provided you have done well on some of the earlier interviews and puzzles. The acting is believable and on the whole pretty good. It is nice to have the actors speaking in their characters’ native tongue rather than truly break immersion by speaking in English. There is some great character exploration as well as a few twists and turns that keep you questioning everything you’ve been told. 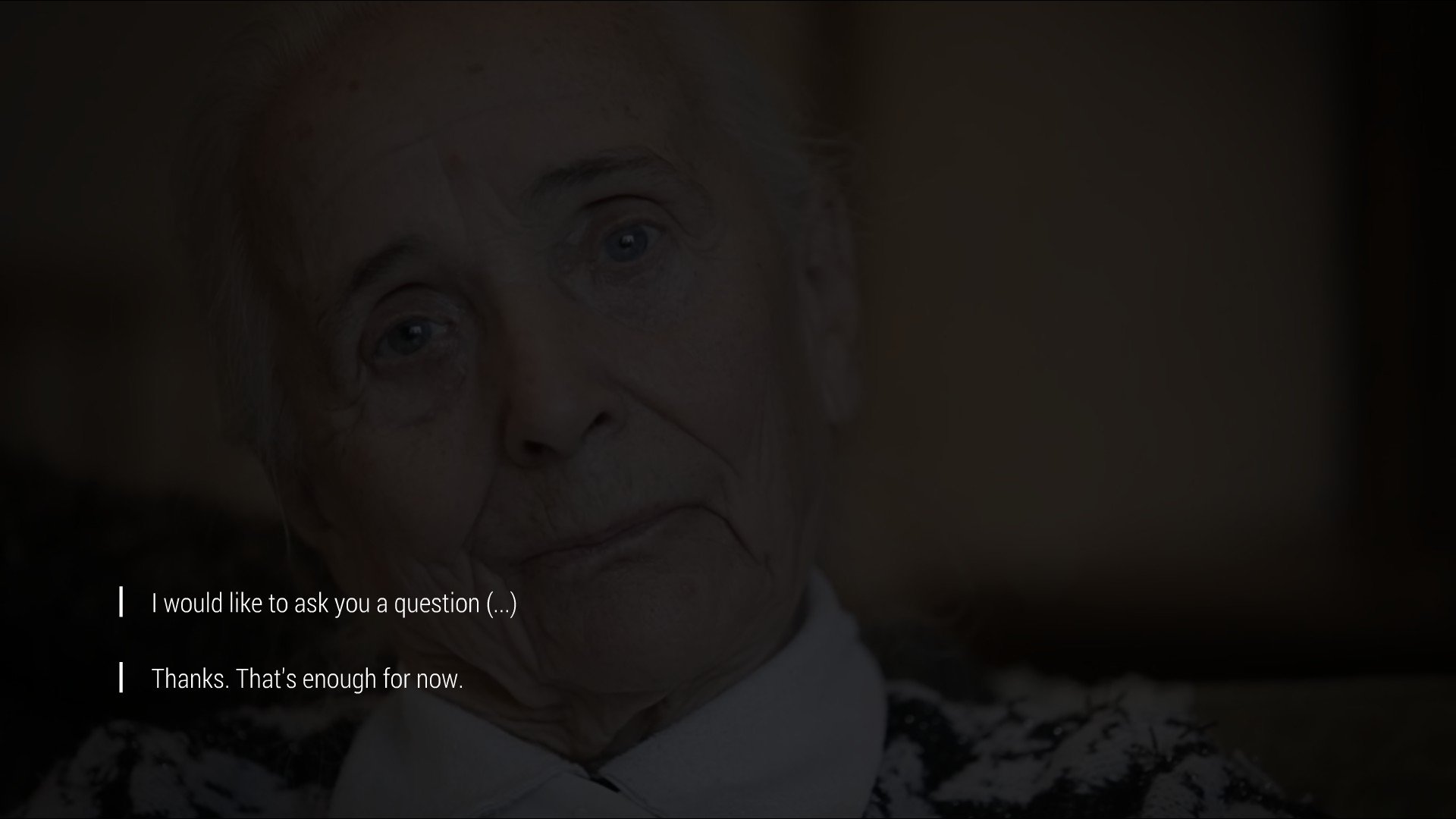 A little suspension of disbelief is needed when the props that are being used for the fictionalized elements are all made using the same white paper with the scribbly black art style that the visual novel segments are drawn in. The most egregious of these moments comes when one of the characters looks at their Star of David patch, which is made of white paper. Not a deal-breaker but for a stickler for historical accuracy and production design like myself, it stood out.

For those of you that want to dive a little deeper into the real-world history that surrounds the story, the in-game encyclopedia is a wonderful addition. Every time an incident or organization of note is mentioned in the game, a little pop-up indicates that new encyclopedia entry has been added to your game. These encyclopedia entries are great little insights into the finer points of the story. They aren’t necessary to read to complete the game but are definitely welcomed by people like myself who love to dive into history.

If like me, you have a love of history, Attentat 1942 will be a treasure not only for a fresh perspective on a widely reported period of time but also for the amount of work that you can see the developers put into making sure their story fit within the confines of history. It won’t be a joyous or happy ride but in the end, it makes for an enlightening experience that uses the medium of gaming to educate in ways that only it can.

A little side note, but revenues from the game are invested to continue research and science into the field of Czechoslovakian history, so if you wanna see more historical games like this then support them with your wallet.