All about the bass (and treble)

Having a decent set of earphones isn’t really something I’ve ever considered to be important to gaming. When I have played my Switch, 3DS, Vita, or smartphone on the go, I’d just use whatever set I had lying around. Usually, it was the same set I’d wear to the gym, all crusty from my sweat.

Clearly, I should have been taking it a bit more seriously as mobile gaming platforms are home to some dynamic soundtracks and sound effects, something made perfectly clear with the Astro A03 earphones. 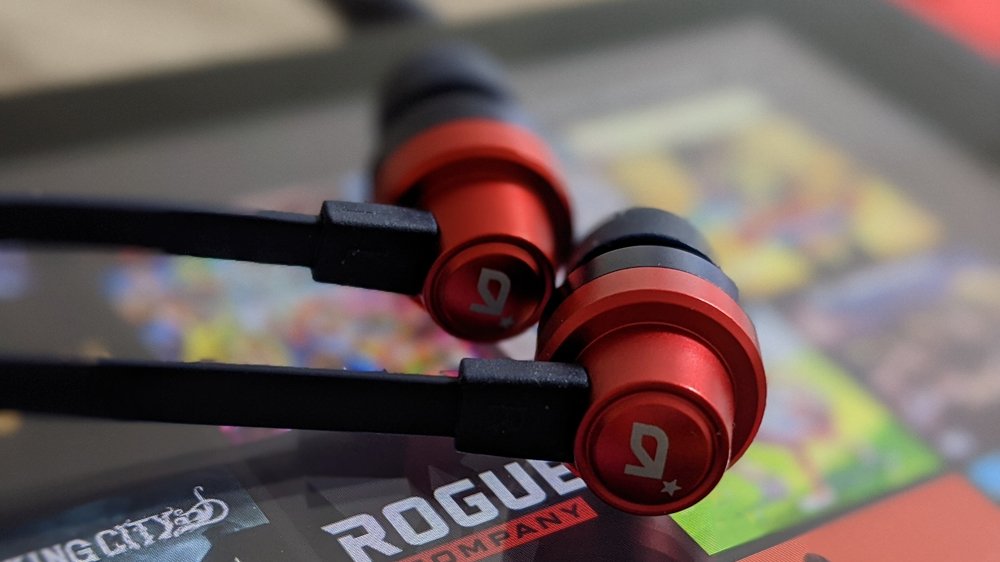 After several years of creating headsets that cater to the gamer crowd, Astro Gaming is branching out into more casual territory with its new Astro A03 In-Ear Monitor. These are the first earphones from the company, sporting the Astro Audio V2 system found in its more expensive headsets. The key innovation here, however, is the dual driver system. Each earbud has two drivers in it, one for bass and one for mid- and high-end tones. Supposedly, this will give the headset a sound quality that’s able to capture the richness of modern gaming soundtracks and sound effects.

Wanting to get a full range of sound and music pumping through my ears, I tested the A03s out on a variety of devices, including my PS4, Switch, Xbox Series S, Google Pixel 3a, and iPad. I wanted to see how rich of a sound the dual drivers could provide, so for the sake of this review, everything I tried with the A03s I also tried with an $8 pair of JVC earphones you can find at CVS. The good news is, the $50 earphones perform better overall. The bad news is, the cheap-ass drug store pair do a good enough job that it can be hard to tell exactly which one is better if you’re only casually listening.

Games like Animal Crossing: New Horizons, No More Heroes, and Lonely Mountain sounded similar between both sets. Bass tones were a bit more defined on the A03s, and it picked up some of the sound effects more clearly than the JVC pair, particularly in Lonely Mountain. But for the most part, it was a wash as neither stood out.

To really experience the difference between the two, I needed more complicated audio samples. I first tried it with Apex Legends, but this turned out to not be a good idea. I normally use surround-sound headphones while playing it so I can accurately hear where opponents are coming. With the A03, I could clearly hear the Octane running around but couldn’t quite pinpoint where they were in relation to me, resulting in an ambush. With Marvel’s Spider-Man, the results were far superior. The sweeping nature of that soundtrack boomed into my ears without diluting the sounds of the city or the voiceover track. Ditto on Ori and the Will of the Wisps. The sound effects and score of that are absolutely resplendent on the A03 while being merely serviceable on the JVCs, which again, only cost $8.

It wasn’t until I tested both pair of earphones with Katana Zero did the advantages of the A03 profoundly stand out. In fact, after hearing the deep synths of that soundtrack overlaid with the bone-crushing sound effects, I started to see just how clear and concise the audio was coming out of these earphones. The A03s deliver a rich, full-bodied sound that the JVCs were really only able to mimic. From that point on, I started to appreciate what Astro has created here. Plugging them into my Pixel 3a and melting in my chair to Billie Eilish’s When We Fall Asleep, Where Do We Go? solidified their place as the superior pair.

However, just because they’re better than a set of earbuds that cost less than a fast-food meal doesn’t mean they’re ideal. For starters, the built-in mic sounded “tinny” to several friends of mine whom I called while testing the earphones. The volume controls don’t work natively with any of the consoles I tried it with, so you better know how to adjust the volume on your respective devices. There’s also no easy mute button when you’re playing with a console. They’re quite comfortable to wear with the standard three ear tip sizes to choose from, but as is the case with most earphones I’ve ever owned, outside noises can easily seep in and dilute the music of whatever it is you’re playing or listening to — lousy neighbor kids.

Still, after a couple dozen hours of gaming with these placed in my ears, they’ve certainly proven themselves able to deliver some great sounds and music from my game library. Someday, when Covid is over, and I actually go outside again, the Astro A03 earphones will undoubtedly be the pair I bring along if I plan to game, listen to music, or stream something on HBO Max.

[This review is based on retail hardware provided by the manufacturer]