SteamOS has a ways to go

PC gaming is in the midst of a cultural shift. No, not necessarily the “Steam Machine” revolution, which Valve is trying to heavily push, but a movement away from the tether of a dedicated platform into the living room.

In a way, it’s a celebration of all of those wonderful LAN parties some of us had as kids (or still have, in spite of the heavy push for online play). It’s also an emerging market, as multiple platform publishers are attempting to hone in on the console crowd. 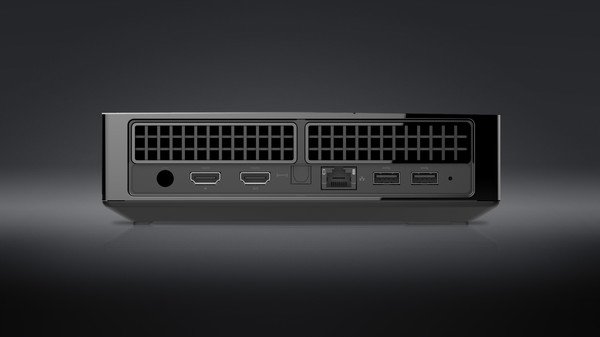 So let’s kick things off with Alienware’s brand of Steam Machine. It runs SteamOS, and only SteamOS, and although it is technically a PC with customizable parts and an open case (you need to use a screwdriver), it’s also a console of sorts. The Alienware box is plug and play, and after downloading a quick two-minute update, everything was good to go. Options are there but very limited, including the power to customize the lights on the box itself (both intensity and color schemes). The dimensions are roughly about the same size as a Wii. In other words, its form factor and the unit itself looks great.

As far as extra features go, it has 2 USB 2.0s in the front, and 2 USB 3.0s in the back. The dongle for the Steam Controller is cleverly plugged in on the bottom (said dongle supports up to four Steam remotes). It also sports HDMI in and HDMI out. In case you’re wondering, the aforementioned software bundle comes with Payday 2, Brawlhalla, Screen Cheat, and Robot Roller Derby Disco Dodgeball, as well as some DLC for the former two titles. All in all it’s not a bad little box, as long as you go for the second model or above.

The problem with the prospect of a Steam Machine in general is SteamOS itself. Compared to a typical PC with over 4,500 Steam titles to choose from, SteamOS supports roughly 1,500. Alienware notes that this is “not a PC-killer,” but instead an add-on for the PC experience. I’m not entirely sold on that concept yet, mainly because of the efforts of Valve so far. Really, its OS has a long way to go. More publishers need to support it, and older games need to have supported added in — support for Batman: Arkham Knight, for example, isn’t being added until Spring 2016. There are a ton of games that I couldn’t play as a result of this limitation, and publishers aren’t exactly open as to whether or not some of the biggest upcoming titles will support it. You can thankfully sort SteamOS games on your local HDD, but when browsing the store on the Machine, it’s hard to tell what will work. Throw me a bone, Valve. 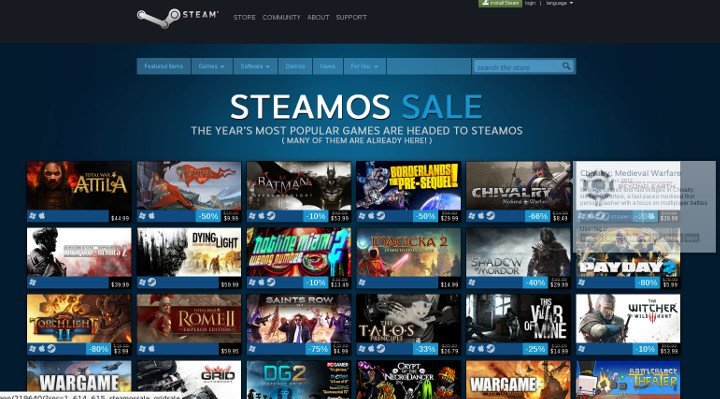 For those of you who have a gaming rig already and want a Steam Machine to augment your system, the Alienware Steam Machine provides streaming capabilities, just like a Steam Link. What I’ve found is wireless streaming isn’t quite as consistent as the Link, and the manufacturer even recommends a wired connection. I had some issues with the box inside of a thick wooden TV stand a floor away from my 50Mbs router, for instance, and had to place it on top of the stand.

During my tests, everything that was supported by SteamOS ran without issues from a performance standpoint. The machine seems to default to medium settings for a lot of games (like Dying Light for example), but it can usually be jacked up to high or ultra. The main issue I ran into was that some titles would freeze or not run at all despite their SteamOS status, but it turns out that by contacting the individual publishers, this is a problem on their end. Again — a SteamOS-centric problem. Xbox 360 remotes will work without any issues, but Xbox One remotes are not fully supported yet in-house. You can also chat with friends on this particular Steam Machine, browse the community section of Steam and the web, access music, and run a few select apps like Netflix, mostly from the browser.

I think the Alienware Steam Machine is off to a good start based on what it’s selling, provided that you don’t want to go through the effort of creating your own PC and hooking it up to a TV. The concept is also great, as it stresses the convenience of a console and the customization and open platform of a PC — I can see the appeal of a hybrid like this. Alienware is seriously being held back by Valve itself though, as SteamOS still needs a lot more support before it becomes a viable platform.

[This impressions piece is based on a retail build of the unit provided by the publisher.]