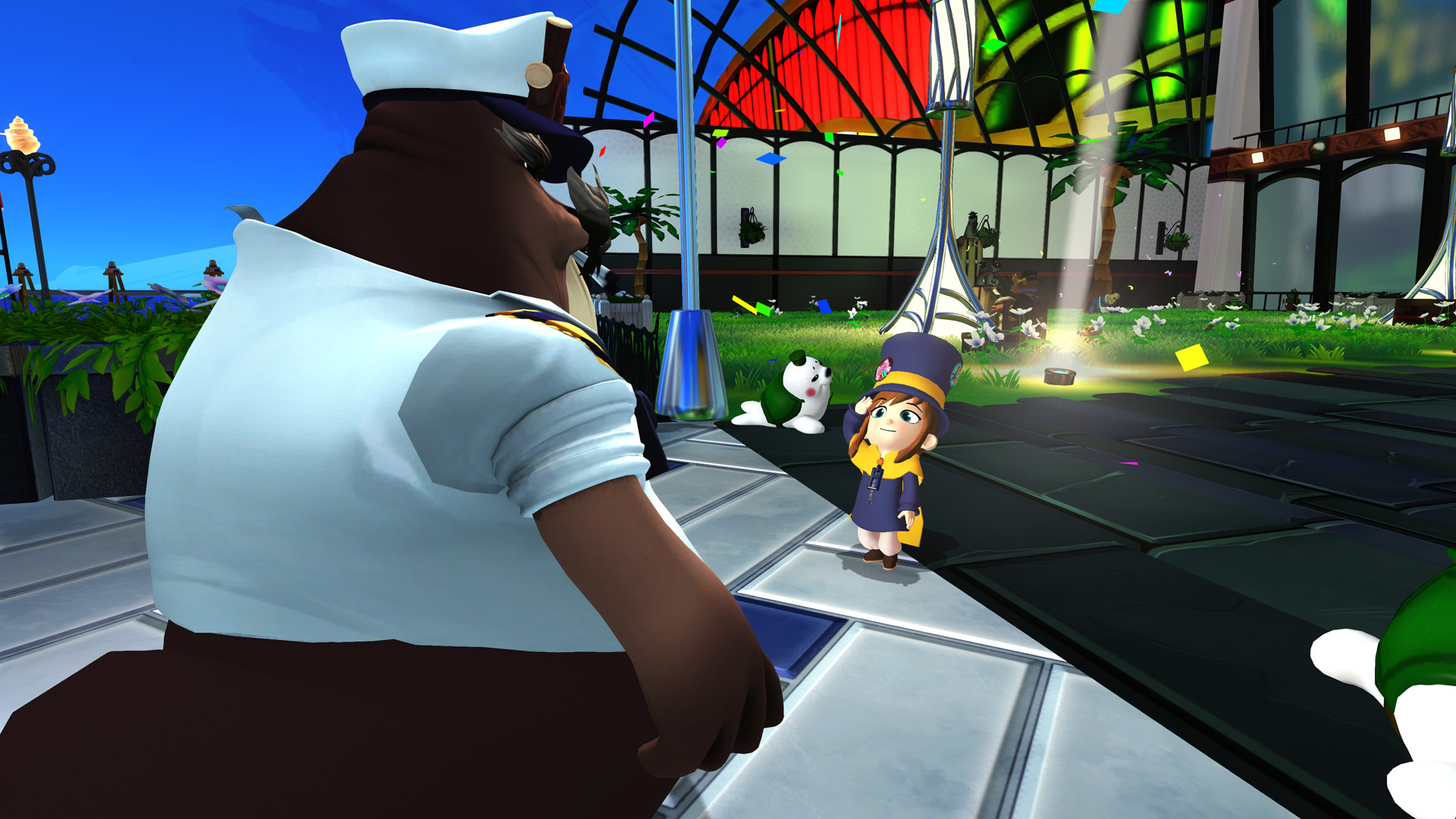 A Hat in Time can only be described as lovely. It took Gears for Breakfast six years but they finally pushed it out the door, and eventually fans will get their Nintendo platform port: even if the Wii U is out of the picture (yes it’s been that long!).

It’s also taken them roughly a year since launch to give us the first major DLC, which is equally charming, but with some…quirks in tow, to say the least. 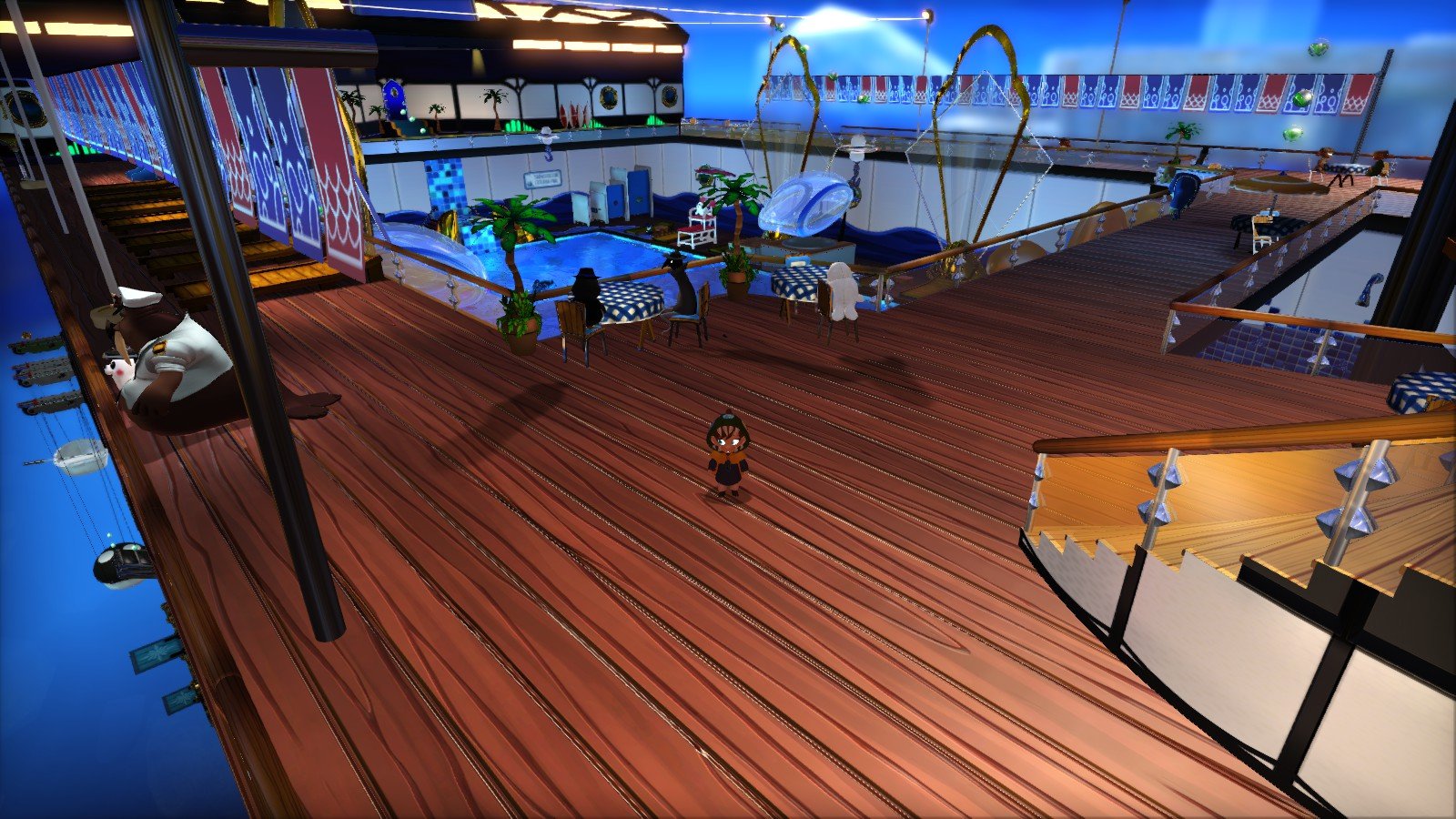 [Several days after this review Gears for Breakfast updated the DLC to remove the Death Wish requirement for the campaign and made the Death Wish timer element more inline with the rest of the challenges.]

This DLC has a decent variety of things packed in so I’ll make this as clear as possible. Arctic Cruise, the brand new hub, is the main course of Seal the Deal. Just a few provisos: you’ll need 35 Time Pieces (Stars) and the Time Stop Cap to unlock it (you’ll find the entrance in the Alpine Skyline hub), plus Death Wish tokens to continue playing the hub past the first chapter. I’ll talk more about that latter bit at length later, but for now, onto extreme cuteness!

Seals are everywhere in this DLC and they’re adorable. A Hat in Time always managed to skirt that line between cute and dark, and the Arctic Cruise level shines in that regard. We don’t get a lot of memorable cruiseliner levels (Tony Hawk and Pokemon have them on lock), and it suits Hat in Time nicely. It’s bright, easy to navigate, and just plain interesting to wander around in. Learning the layout is a blast (especially for the errand bits where you need to deliver items to and fro) and the finale is fairly intense. The end comes early though as this one is only three chapters (plus the obligatory rift scavenger hunts).

Co-op (new to Hat in Time and free for everyone) is also a joy, mostly because it’s presented so plainly. Just press pause, hit “co-op,” and the screen splits. Done! Bow Girl jumps in instantly with the help of a new controller or a mouse and keyboard and you’re good to go. If you hate it they can drop out with another pause press. The only hangup is with switching hats (read: powers), as it slows down the game if either player initiates a menu swap — just like the solo adventure.

Think of the other new chapter, Death Wish (which does not support co-op) as a challenge mode of sorts with remixed existing content. It’s a doozy! Even the first mission (a rework of “Heating Up Mafia Town”) tasks players with turning off lava spouts in the first hub with a catch: most of the floor is lava, and you need to periodically cool off or risk losing health and losing outright. It’s hard enough to finish on its own but to really delve more into the Death Wish challenges you’ll need to clear the bonus objectives: like only cooling off a specific amount of times, or not getting hot at all (which includes not touching lava in any fashion, easier said than done).

This portion is a speed runner’s paradise and some of the most difficult content I’ve encountered in a mascot platformer to date. In fact I’m still digging into it, and very few people are going to actually 100% it. As a note, if you haven’t played this in a while remember that you can double jump and air dash, and cancel said dash into a final tuck and roll. You’re welcome.

While I really love a good challenge, especially in a genre like this, the way this whole thing is roped into Arctic Hub is unfortunate. The way Death Wish works is a little askew in that you need to earn a certain amount of challenge badges before you can access more Arctic Cruise missions. To make matters worse, you don’t have very many options just starting off until the challenge web opens up a bit: so if there’s a level you don’t really like (there’s a few for me), tough! You need to clear it to continue the DLC.

Even more bizarrely, select Death Wish levels without a manual restart option lock you out from playing them if you quit them for several minutes or fail. I get that it’s on-theme as The Snatcher (the ghost host of the affair) is a meta-troll, but it’s not a particularly fun thing to go through. Given that Death Wish progress literally impacts the rate at which you can play Arctic Cruise it’s all the more frustrating. It isn’t the end of the world as you just need five badges to close out the cruise, but if the story bits were longer and the two weren’t tied together it would be much easier to hand wave.

All of the gating is unnecessary, but if you’re willing to dig into Seal the Deal there’s a decent amount there. I wish that there was a Goku-approved hyperbolic chamber for the Hat in Time developers to enter so they could have an eternity to keep coming up with more hubs with no strings attached. One in just under a year isn’t enough, but I have a feeling they’re going to be cooking up a lot more in the future.