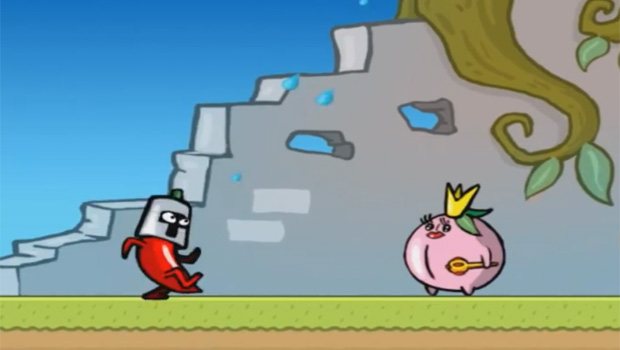 Cats and dogs living together

TinyBuild has announced today that they’ll be working with Danish developer MEGAFUZZ to release Spoiler Alert, an auto-run platform game which plays in reverse. Beginning at the end of the game, already completed, players are tasked with making their way backwards to undo the successfully finished game by replacing collected coins and killed enemies while avoiding those “missed” to prevent a time paradox. It’s currently planned for release on Steam and mobile platforms soon, though no specific date has been confirmed.

I love the idea, particularly as the type of person who will replay levels in runner-style games repeatedly to collect every last item in a single run. My only real concern is how difficulty will be managed. If we’re going off of the premise that this is a game played in reverse, the game should offer less of a challenge over time, which I would expect to be an unsatisfying experience by the end. As a gimmick and examination of the structure of game design, however, I’m totally on board.