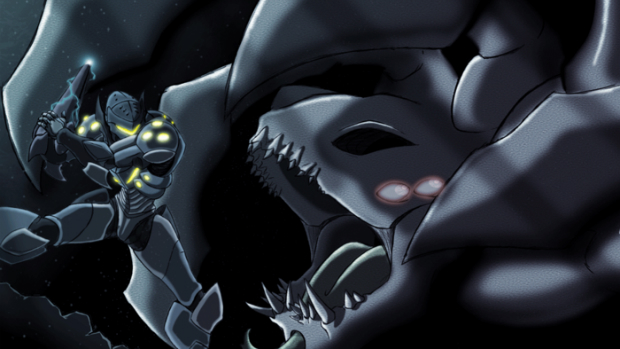 Wears its inspiration on its Varia Suit sleeve

Since Nintendo seems dead set on never giving us another proper 2D Metroid game, it is up to the indie community to pull up the slack. Ghost Song, a game heavily inspired by old school Metroid titles, and Paradise Lost, a gorgeous pixelated stealth Metroidvania, both enjoyed pretty immense crowdfunding success on Kickstarter last year. A few days into its own campaign, ReVeN looks like it might just do the same.

To be fair, whether ReVeN will employ classic Metroidvania exploration and backtracking is unclear from the video, but what is clear is that the team takes a lot of inspiration from the legendary Nintendo franchise. The developer is named Varia Games, after all.

After about a week of its campaign, ReVeN has earned more than two-thirds of its funding goal of $18,000 on Kickstarter. Additionally, it is up for voting on Steam Greenlight. Are you paying attention to this, Nintendo? People want another 2D Metroid game so badly that they are now making their own, and those games are becoming fairly successful.