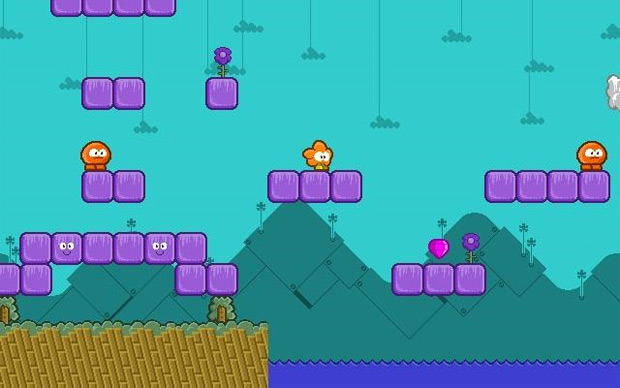 I’m of the opinion we can never truly have enough platformers, particularly when they’re brightly colored and presented in such a way that nostalgia for similar games — and the feelings they brought us way back when — kicks in.

It’s weird that none of us have ever written about Zaratustra Productions’ Eversion before; could have sworn we did. Anyway, here’s the free version if you want to try it out. The upgraded version, which debuted on Steam earlier today, is only $4.49 — not exactly a serious risk.

Those who haven’t played Eversion, take note: it may look adorable now, but the game becomes nightmarish later on. I probably wasn’t supposed to tell you that, though. Whatever — I wouldn’t have personally stuck with it had I not known there was such a drastic shift in tone.