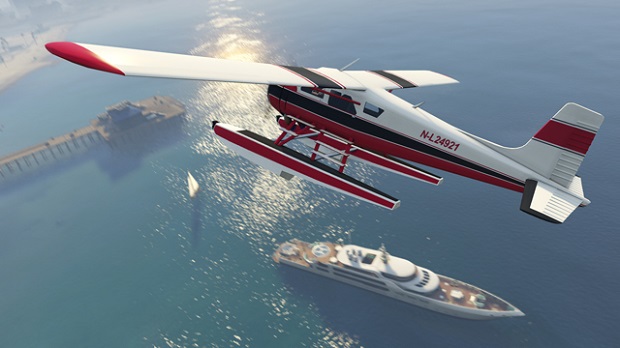 Rockstar’s making sure to take care of its players that are upgrading from PS3/Xbox 360 to PS4, Xbox One, or PC versions of Grand Theft Auto V. Those that want to re-explore what the huge sandbox has to offer will find some new content that’s available only to them.

The scope of the exclusive content spans almost all facets of GTA V — from vehicles to weapons to missions. Some of the highlights are the Dodo seaplane, the Rail Gun, and murder mysteries to solve as Michael. As if that weren’t enough, completing objectives unlocks even more special content.

Rockstar also used the opportunity to clarify some questions about the transfer process. Characters can only be transferred once, meaning that once it’s switched to current consoles/PC, you can’t share progress between two versions of the game. Additionally, exclusive content from PS3 or Xbox 360 also transfers to the new version.

There’s a lot to take in here, particularly a lot more that’s unique for returning players. Rockstar outlines the entirety of it in a post on its site for those that want the nitty gritty specifics.

Details on Exclusive Content for Returning GTAV Players on PS4, Xbox One and PC [Rockstar]