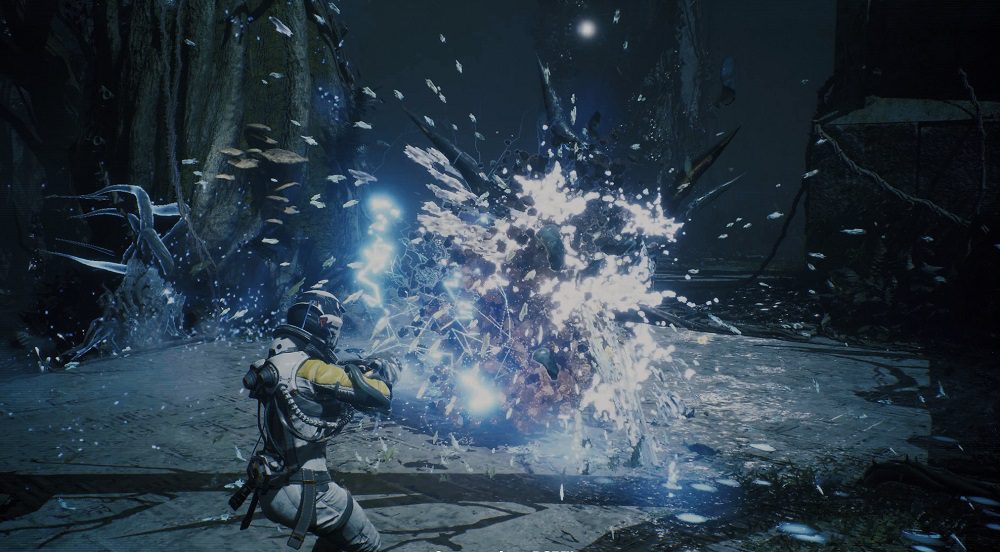 Housemarque continues its campaign to show off the weird, unsettling, and fascinating universe of its upcoming chrono-adventure Returnal. The Resogun developer has released a new trailer for the PS5 exclusive, specifically focusing on the hi-tech firepower that will help Selene redress the balance against an army of grotesque alien horrors.

Despite Returnal‘s third-person shooter gameplay, Housemarque is bringing its experience in visually spectacular shmups to the battle, with the new adventure featuring bullet-hell chaos alongside screen-shattering special effects and a huge arsenal of futuristic weaponry. Our hero might have neither time nor the planet on her side, but Selene is loaded for bear and not ready to go down without a fight.

Returnal will offer Selene 10 “base” weapons, each of which can be customized and configured through the addition of specific “Weapon Traits,” boosting the weapons in both offensive and defensive ways – say through alternate forms of ammo or the ability to manipulate temporary shielding.

Each death-dealer will also feature an alt-fire mode, activated through smart use of the Dual Sense controller’s Haptic Feedback triggers. These will allow the player to best adjust their attack patterns for the given situation and enemy. Additionally, Selene’s recurring death will allow her access to powerful new items and tools via the “Cthonos,” an alien advice offering devastating technology to help clear the path when things get particularly sticky.

Through a loadout of base weapons, weapon traits, stacking buffs, Cthonos upgrades, and alt-fire techniques, players can customize Selene’s arsenal, turning the tables on the waves of enemies hell-bent on restarting the plucky adventurer’s time-loop over and over again.

For more details on the depth of Returnal’s combat, check out the breakdown over at PlayStation Blog. Returnal will launch exclusively on PS5 March 19.