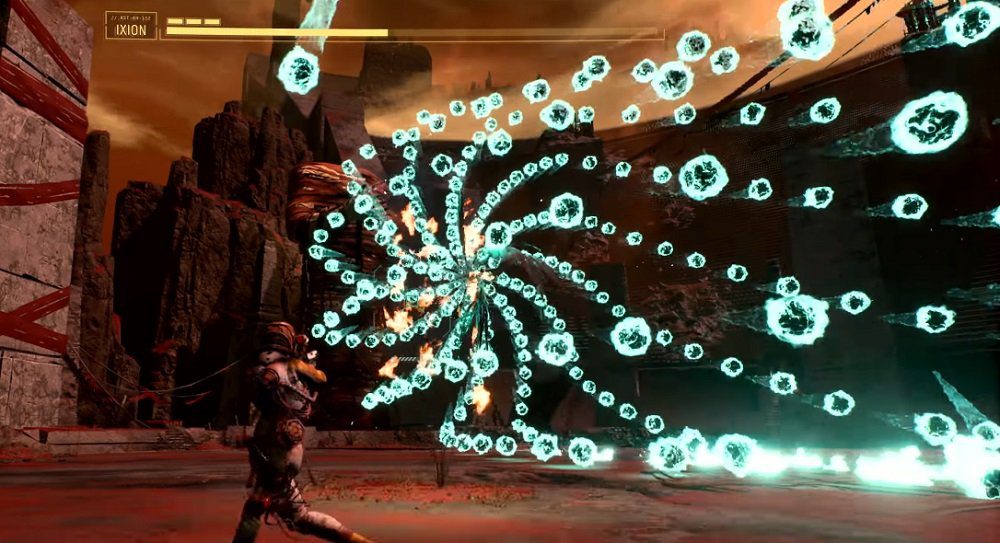 When Housemarque first announced that it simply felt it had no choice but to leave the shmup scene behind, the Finnish developer’s fans were understandably a little disappointed, fearing that the developer would lose its unique style among a suffocating market of third-and-first person shooters. But with the studio’s upcoming PS5 release Returnal, it seems that Housemarque is working hard to find a comfortable middle-ground.

As demonstrated in its new “Hostiles” trailer, Housemarque is attempting to blend its colorful, visually splendid aesthetic with a more conventionally popular third-person action approach, while also maintaining the twitchy, pulse-pounding bullet-hell action of the studio’s former releases, such as Super Stardust HD, Resogun, and Nex Machina.

While I’d love to have seen Housemarque continue its twin-stick ways, the studio’s survival simply required that it step away from its comfort zone and toward mainstream genre gaming at large. This is why it’s heartening, at the very least, to see the studio work hard to maintain its unique visual signature, pushing to stand out with a recognizable style – in both visuals and gameplay – as it attempts to break into the cookie-cutter world of AAA gaming.

In recent ventures around the hellscape that is social media, I’ve seen complaints that Returnal is becoming over-saturated – and that perhaps Housemarque and publisher Sony Interactive are pushing the interstellar roguelike a little too hard. While the latter’s recent “impressions” piece – essentially a review of its own fucking game –  should be rightly mocked, I can’t help but empathize with Housemarque’s desire to get noticed via its torrent of recent trailers and developer diaries.

I absolutely agree that you can over-market a title, (take note, Atlus), but I also feel that unproven brands have no choice but to over-promote, given that the AAA market is now so heavily weighted toward known IPs, popular franchises, remakes, and sequels. Out there in the proverbial high street, if your game’s cover doesn’t say “Call of Duty,” “Resident Evil,” or “Super Mario,” then you’re already fighting an uphill battle to score those important “mainstream” sales, the only ones major publishers will point to as a sign of success. For Housemarque, it’s vital that Returnal pierces the zeitgeist in this dry period of next-gen releases – or we can all look forward to the possibility of it being assigned “remake duty.”