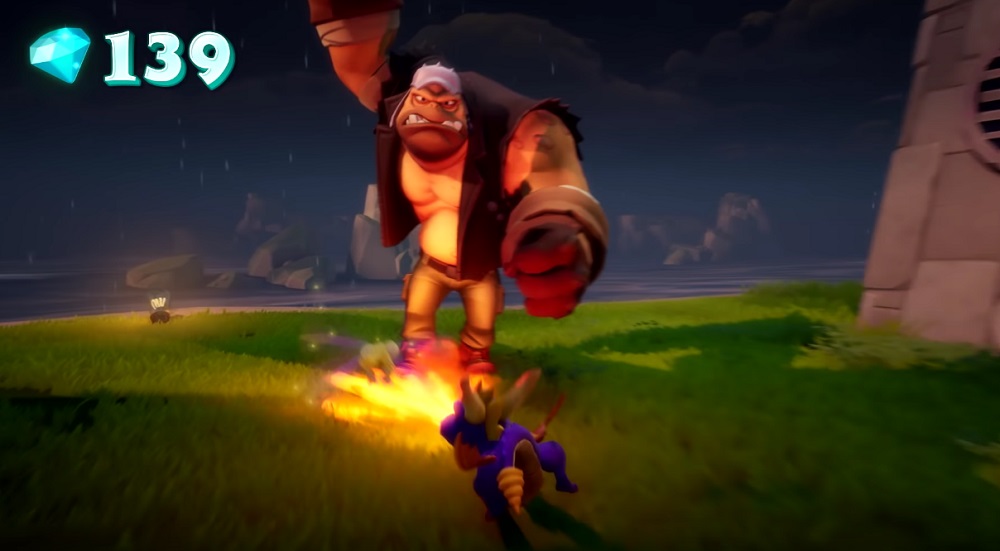 One month until Spyro takes flight

We are just a little over a month away from the return of Spyro the Dragon, as the eagerly-anticipated Spyro Reignited Trilogy prepares for launch on PS4 and Xbox One, where it will no doubt shoot straight up the charts, as did fellow nostalgia-jerker Crash Bandicoot N. Sane Trilogy.

For those of you who need to scratch that itch before release, a new three-minute video has been released, showing off the Hurricos Realm from the second title in the Spyro series; Ripto’s Rage. Narrated by Activision Producer Lou Studdert, the footage features your adorable dragon pal as he wings his way around the newly-redesigned area, chatting with Electrolls and battling the overbearing Gear Grinders.

I’m not really a Spyro fan, I’d kind of tuned out of the PlayStation scene when the original titles blew up, but I do think this looks like a really great compilation, and a high-quality remake. It’s still bizarre that the disc release will only contain one title, with Spyro 2: Ripto’s Rage and Spyro: Year of the Dragon requiring separate downloads, but at least the games look sure to please the fans.

Spyro Reignited Trilogy launches on PS4 and Xbox One September 21