Though many of us may have played Technos Super Double Dragon title, released for the SNES back in 1992, very few had the opportunity to check out its Japanese counterpart Return of Double Dragon, the original iteration of the game that never left Eastern shores.

Well, if you still have your Super Nintendo, you can finally scratch that itch, that I’m sure has been troubling you for decades as, thanks to enthusiasts Retroism, Return of Double Dragon is getting a re-release this Summer, in actual SNES cartridge form.

The Japanese release of the game features an alternately arranged soundtrack, new weapon abilities and tougher enemies, who can now counter your combo attacks. The game also features two extra stages during the final mission, as well as multiple difficulty modes and a sound test option.

Return of Double Dragon, on both sides of the globe, suffered time constraints during its production. As such, the game is missing a whole host of planned features. These include cut-scenes and an appearance by Bimmy and Jimmy’s pal, Marian. Still, it remained an ok brawler for you and pal to bash your way through on a lazy Sunday.

If you want to pick up Return of Double Dragon on SNES, and don’t mind pay the authentic ’90s price of $50, then pre-orders are open at Amazon now, ahead of its July 19 release date.

Return of Double Dragon getting a physical SNES release [Engadget] 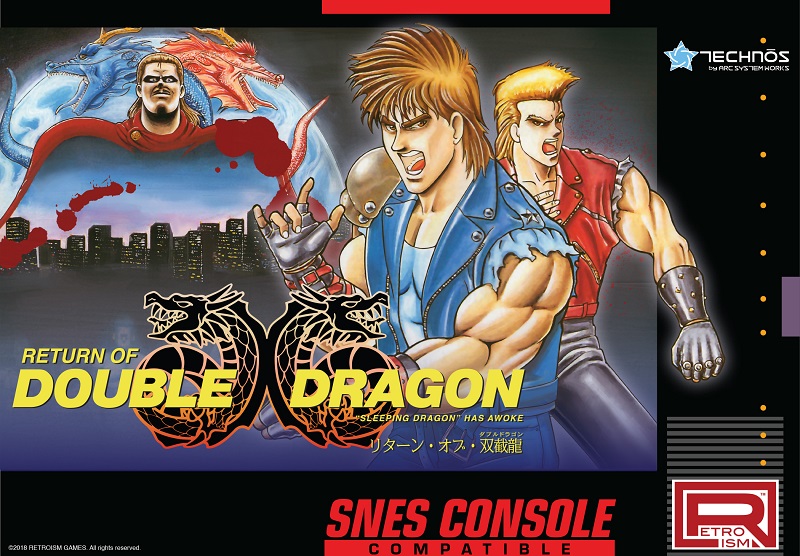