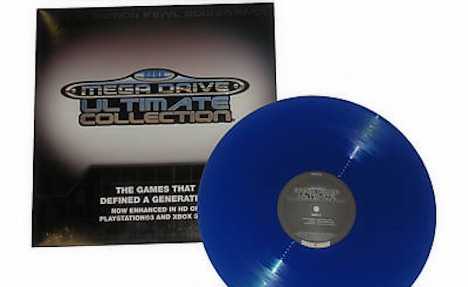 Just in case the release of Sonic’s Ultimate Genesis Collection isn’t quite nostalgic enough for you, the publisher has announced that an incredibly limited run of vinyl soundtracks are now available through eBay. Yes, a proper record and everything!

The records are limited to a mere 3500, and the very first one is now available through eBay’s Australian wing. All money made on the item will be going to the Cancer Council of Australia. Shipping is free and worldwide, just in case you thought you couldn’t bid.

The soundtrack is pressed on blue vinyl and includes music from Space Harrier, Ristar, Vectorman, Golden Axe, Phantasy Star II and Vectorman II. Strangley, for an album titled Sonic’s Ultimate Genesis Collection, there is no mention of any Sonic music.

Still, if you have more money than sense and want to help out a good cause, go place a bid.

Tuesday 3rd February 2009 – SEGA Australia Pty Ltd today can reveal details on the SEGA Mega Drive Ultimate Collection Limited Edition Vinyl Soundtrack now listed for auction on Ebay https://cgi.ebay.com.au/ws/eBayISAPI….m=250367582769 .This is a truly unique and collectable item with only 3,500 available worldwide. Each record is individually numbered and the one up for grabs on Ebay is the first copy made of the collection!