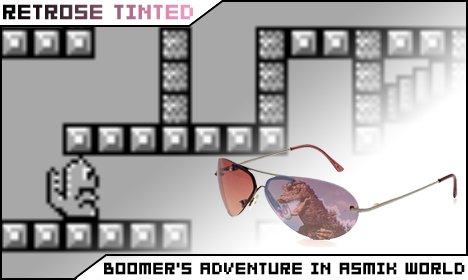 I have no idea what exactly inspired me to play this game again. I remember it was plodding, frustrating and (in many ways) terribly unfair. I never made it much further than the first ten levels as a kid because my patience level for it was so short.

Yet, at the same time, I kept being drawn to it. It’s not as though Boomer’s Adventure was one of the only cartridges I had for my Gameboy. There were plenty of options available to me, but I continued to pop it in.

I don’t think my need to conquer it is the only reason for this. There’s something really charming about the art style. Even though I’m looking at a pea green screen, Boomer is bright pink in my mind. Everything else lacks actual color on the screen but the little dinosaur, even if only through my perception. 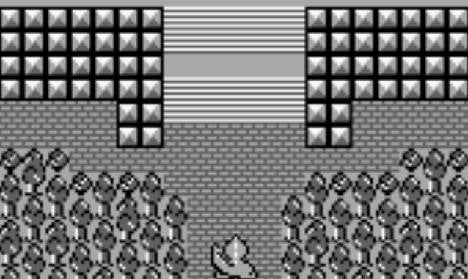 Boomer’s Adventure in Asmik World is strange. The basic idea is that Boomer needs to climb to the top of a tower filled with enemies to save … somebody. I’ll be honest, I haven’t really looked up the full story because it doesn’t seem all that important.

Essentially, Boomer’s Adventure is a top-down action/exploration game. Every level has stairs leading to the next one, which are locked behind a door. The player must find the key in each level and then reach the stairs to progress. The problem is that, on nearly every level, the key is buried somewhere. Boomer can dig holes to look for it, but the levels are pretty damn large and there’s a really low probability that you can find it entirely at random.

There are a few items available which can help Boomer find the key. A compass item will point directly towards the location of the key when used. Alternately, a metal detector can be collected, which beeps louder the closer you come to the key’s location. 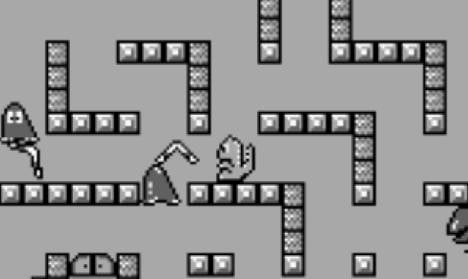 Levels are generally maze-like affairs with monsters roaming around in close quarters. Boomer has no health bar of any sort, so a single hit means death. He does have a few means of defending himself, however. Enemies can fall into holes that Boomer digs and can be killed if Boomer fills the holes back in, a la Lode Runner. And there are a couple of weapon items that can be discovered to deal out some damage.

The monsters, with the exception of bosses, all pretty much have the same abilities that Boomer has, despite their varying appearance. The only differences are that Boomer can fall into a hole no matter how small, while monsters only drop into fully-dug holes. The monsters don’t seem to have any real strategy, though, content to run through the levels, occasionally stopping to dig a hole and then fill it back in.

Also like Boomer, enemies can pick up items, including the key. So, even if you’ve played a level before and know roughly where the key is located, an enemy could pick it up and wander off. They can also bury things, making them highly frustrating if you lose track or they uncover the key when off-screen and you have no idea which one might be carrying it. 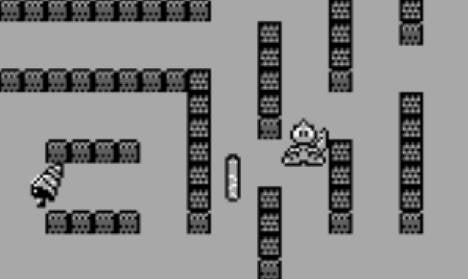 In fact, on some levels, it’s absolutely necessary for an enemy to dig up the key in order for you to finish. This relates to the way Boomer moves. He can’t simply turn around and must move half his size every time the d-pad is pressed. So, in some tight corridors, the key can be positioned in a place that there is no possible way for him to dig a hole in order to pick it up.

Another frustrating thing is that Boomer is really slow. He walks at a painful pace and, even though most enemies only move as fast as he does (if that), traveling the length of some of the levels feels like it’s taking forever. If you think his strolling pace is bad, wait until you see him dig. Two seconds might not seem like a long time, but wait until you’ve struggled for half an hour to finish a level because you keep being caught up with by critters since Boomer can’t dig fast enough to have the hole at full size.

There are power-up items to help with these issues, like roller skates and a shovel. The shovel is really useful and holes get ground out faster than a 14 year-old boy who has discovered pornography. The skates, while noticeable, are less of an improvement. 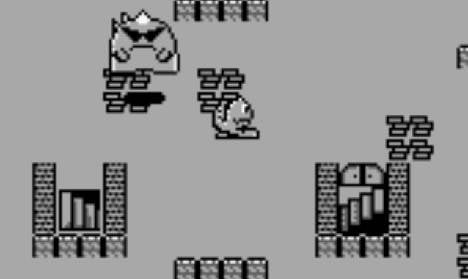 Around every eight levels or so, Boomer faces off against a boss. These levels are mostly empty, and it’s a good thing. Bosses are about four times Boomer’s size,  generally move much, much faster than he does and require as many as a dozen hits from weapons to take down. Of course, you’ll have to dig weapons up to attack, which (due to Boomer’s aforementioned speed) make them really challenging.

Boomer’s Adventure in Asmik World is not a bad game, it just suffers from design choices that can be really annoying at times. You might want to check it out just because it’s pretty clever in concept and the characters really are adorable, but I wouldn’t plan on investing a whole lot of time into the exercise.