Blaster Master is one of those games that I think just about everyone has at least heard of. It amazes me, however, that it doesn’t seem to be one that is talked about all that much. It comes up in most conversations that I have regarding clasic NES games, but I’m almost invariably the person who mentions it.

The game was popular enough to merit roughly half a dozen games in the series before disappearing completely, so it has to have been popular. In a time where people seem to be clamoring for retro-remakes, where is the outcry for another Blaster Master?

Am I crazy for thinking this way? Games with vehicles as a major component, such as Assault Heroes and the recent Commando 3 seem to be reasonably popular on the XBLA service. Perhaps Blaster Master just wasn’t that great of a game. I guess I’ll find out after the jump. 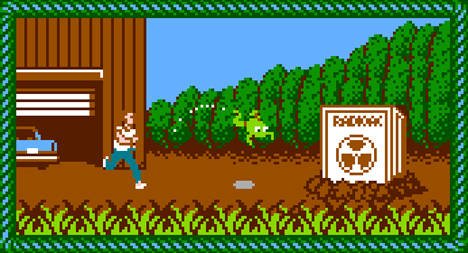 Let’s start with the story, lovingly portrayed in a series of still images with no accompanying text when you don’t hit the start button at the title screen. The main character has a frog which escapes from its aquarium and bounds into the backyard. Of course, the frog finds its way to the crate of radioactive waste everybody keeps stashed on their property and grows to massive proportions before burrowing its way into the ground.

So, what does our hero do? The only logical choice: He dives into the tunnel created by his radioactive frog. I guess it never crossed his mind that he could just go get another one. At the bottom of the pit, he finds a battle tank (with the highly epic name, “SOFIA the 3rd”) and a suit of armor to wear. Suiting up, the adventure begins.

Blaster Master splits its time between 2D platforming with a heavy emphasis on exploration and isometric levels where you venture out of your tank. The objective is to defeat the horde of mutant creatures beneath the earth and reclaim the seven missing components of SOFIA the 3rd. 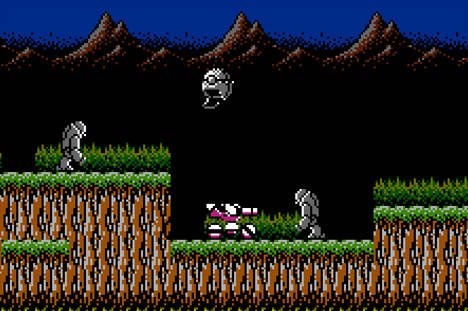 Each of the game’s eight platforming areas have a different aesthetic to them, from rugged caverns to high-tech facilities and the obligatory water level. It seems to have drawn some obvious inspiration from Metroid, in that you’ll have to revisit areas you’ve already completed to reach new locations once you have acquired the necessary equipment.

The tank has the ability to shoot its main cannon either forward or straight up. In addition to this primary mode of attack, SOFIA has three special types of armament: Homing missles, a bolt of electricity that fires downward and a three-way missle. These have a limited amount of ammunition and you’ll have to find more from dropped enemies or in item rooms. Finally, it has an impressive vertical leap for maneuvering around.

I absolutely adore the way SOFIA the 3rd controls for the first two-thirds of the game when you get the two final upgrades. These give the ability to drive on walls and ceilings, which is really cool. The problem is that the tank just does it automatically. You’ll be moving toward the edge of a platform, intending to jump, when the tank drives downward. Since there’s no way to disable the tank’s functions once you have them, it becomes very inconvenient, especially in the spike-filled final level.

Your character can jump out at any time and go trekking about. His health is separate from SOFIA’s and is fully restored whenever you hop back inside. Without the protection of his vehicle, however, he’s susceptible to fall damage and his gun is significantly less effective on enemies. You’ll have to do it in a few spots just to clear the way for Sophia, as well as to enter doorways that lead to boss encounters or power-ups. 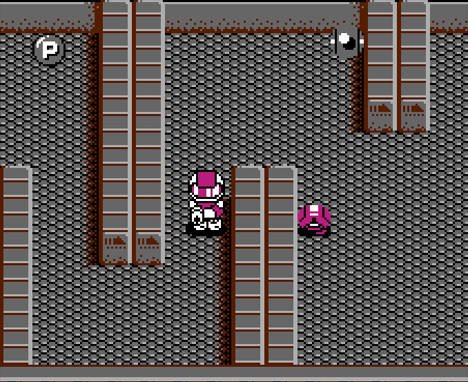 In these areas, the gameplay switches up. Now we get to see an adorable chibi-like version of the character. Seriously, I would love to have a little vinyl toy of the guy from this perspective. He’s just so cute!

In the isometric view, the little dude is armed with a gun and grenades. The gun can be upgraded by collecting power-ups that slowly increase its range and effectiveness. The final upgrade even lets you shoot through walls and just obliterates pretty much everything in its path. Taking a hit, however, will reduce your gun level in addition to your health. Considering the relative rarity of the upgrade items, avoiding damage becomes a huge priority.

Most of these areas contain caches of equipment, more ammunition for Sophia or fuel for the hover upgrade. Others are the lairs of huge boss enemies who guard Sophia’s missing components. There’s no way to tell which you’re going to get outside of trial and error, and there’s a level of tension as you step through the doors in these mazes. It could just be another room full of little enemies but, if it’s small and square, there’s a good chance you’re in for a rumble. 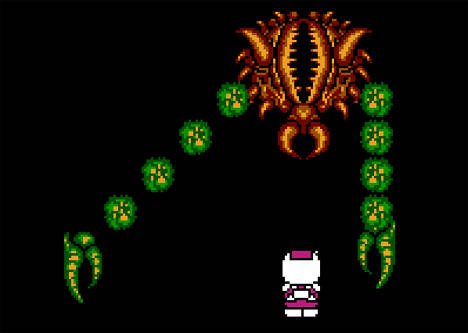 The bosses are a mixed bag and there’s really only about five of them, as a couple wind up being repeats in later levels. For the most part, it’s just a matter of avoiding them and shooting them in the face. One exception is the giant frog boss, which can only be injured when its mouth is open (and he’s attacking you), which is really fun. For the most part, though, they aren’t all that memorable.

As a game on its own, Blaster Master is really fun with few serious flaws. It’s challenging without being ridiculous, has decent graphics and some fun music. The balance between tank platforming and the on-foot areas keep things feeling pretty fresh throughout. If you haven’t taken the time to play this, I would highly recommend that you not emulate it. It isn’t perfect, but I really enjoy driving SOFIA around.

As a final note, I would really like to see another stab at this series. There have been a few sequels, but they never quite lived up to the charm of the original. With all the retro love we’ve been getting recently, maybe somebody at Sunsoft will get the idea to put together a new entry. It may not be the first title people think of when looking back on NES games, but it is one of the better ones.