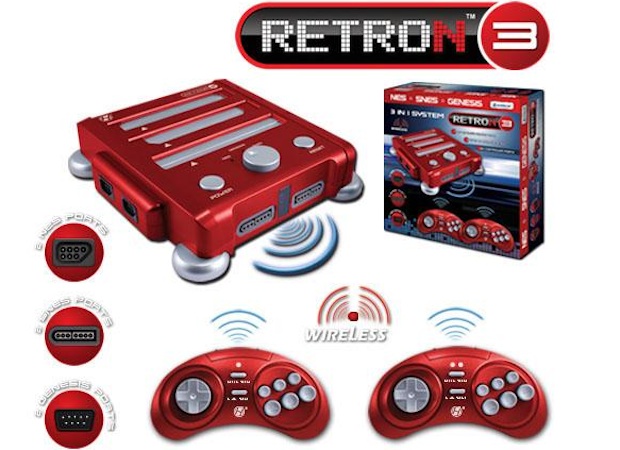 A three-way switch on the front lets you select which “system” you want to play. I love that you could have it loaded up with three different games and then just switch between them.

According to engadget, this system is now available for $70, in both red and black.