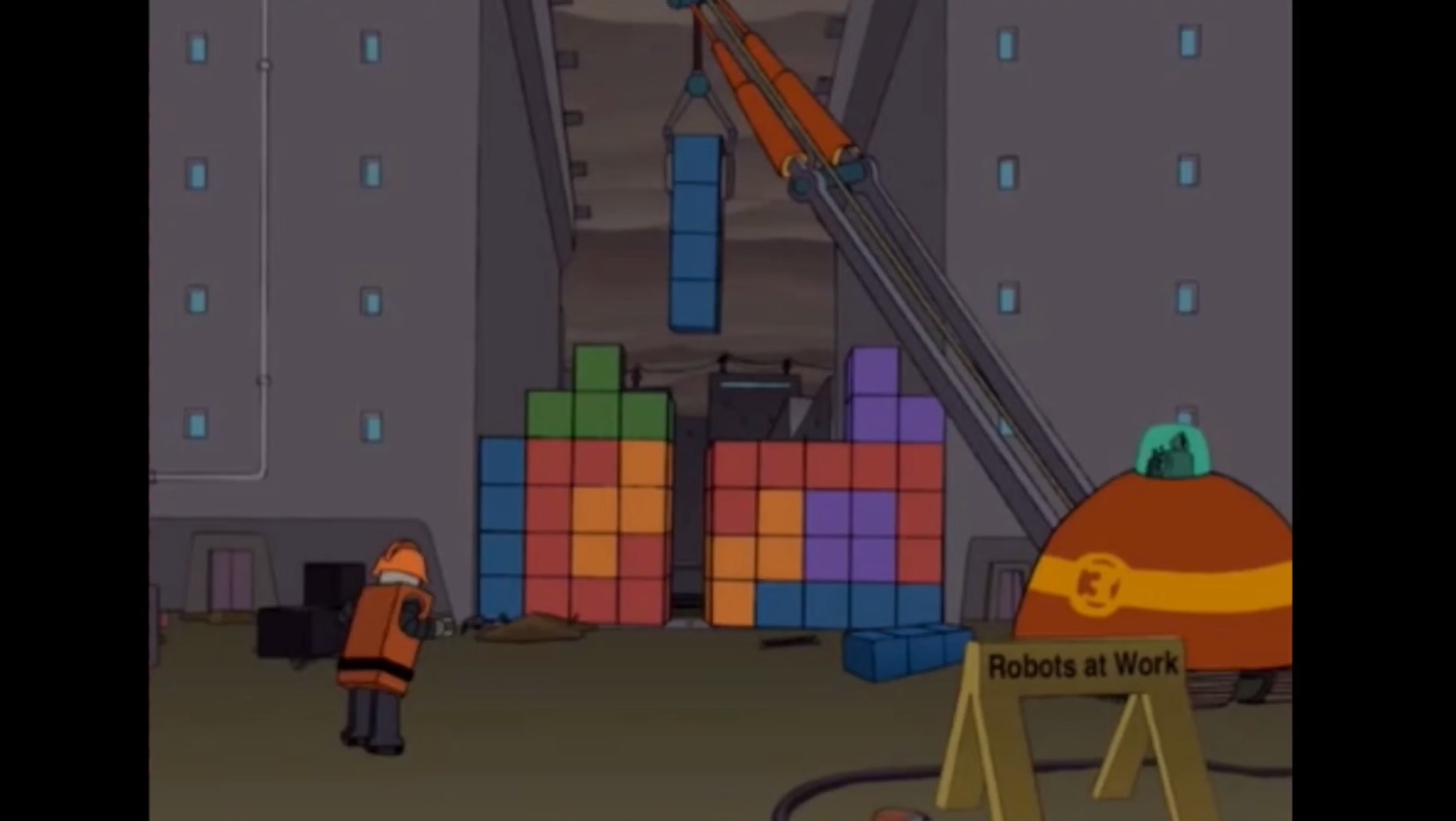 This week’s Retroid looks back at vintage puzzle games. We discuss the origins of the genre and some of our favorite titles, all the way up to the modern era. From Tetris to Bejeweled, Dr. Mario to Puzzle Quest, there’s something here for everybody. You can listen below or visit Soundcloud to download the episode for later. We also have an RSS feed now, so you can subscribe at https://feeds.feedburner.com/RetroidPodcast if you’re so inclined. Next stop: iTunes. We’ll need a couple more episodes done before we can make that happen, though.

I think this is the best episode so far, even though Topher’s still in the bucket. There’s a lot of music and a few cutaways in this week’s show, so let me know if you like this or if it’s a little too much. The opening sketch came from here.

The first 50 minutes are devoted to talking about puzzle games, specifically the type that tend to task you with moving stuff around on a single screen. The NES Tetris commercial that played at 7:39 can be viewed here.

The interlude at 30:00 was the Troika song programmed into the Tengen version of Tetris.

The interlude at 50:25 is Dr. Mario ‘Funky Pills’ by Jake “Virt” Kaufman. You can find it on OCRemix or listen to it on YouTube.

I wanted to make sure Jonathan had a chance to weigh in on the recently announced remake of Metroid 2, so we broke format a little. From 50:55 to 1:10:30 we talked about Nintendo’s Return of Samus that was announced at E3, and the interlude at 1:10:30 is the music that plays on the surface of SR388 in AM2R (Another Metroid 2 Remake). You can listen to the whole track here, and I highly recommend it.

From 1:11:20 to 1:34:30 we answered listener questions, and one of the first we got to asked about our favorite music tracks from puzzle games. There are clips inserted from 1:21:00 to 1:25:00, but if you want to listen to the entire tracks you can find Alex’s here, Topher’s here, and mine here.

I mentioned the different international Marios that were inserted into the Game Boy version of Qix, and if you’d like to see the collection you can check them out here. This version will probably never get a rerelease, but it’s still cool to see a callback in Super Mario Odyssey.

The final interlude at 1:34:30 is a track from Puyo Puyo Tetris called Unsavvy Tetra Force! As always, the intro song comes from Sunsoft’s Journey to Silius and our outro music is NES Metroid Ending – arrange version by nicoMS0122 on YouTube.

If you missed either of the earlier episodes, you can catch up by listening to them here and here. This week’s topic was suggested by a listener, and we’re always interested in hearing from the audience. Let us know what you like about the show and what you’d like to hear us discuss on future episodes! You can give your feedback in the comments below, or you can always reach us @RetroidPodcast on Twitter.