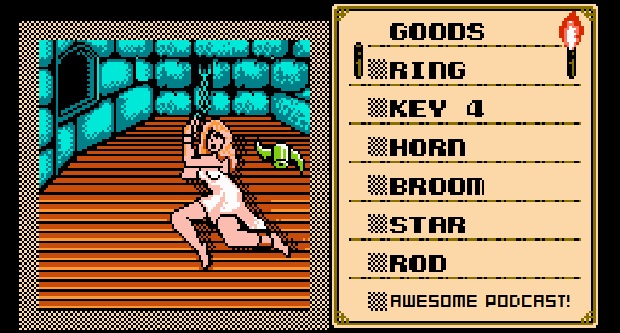 I was this close to not posting this first episode of the RetroforceGO! spin-off.

First, the name: When Colette Bennett, Stella Wong, and I recorded this first episode, the show was called Fingerbangcast! Now — after a little drama — it is not. Since we refer to “Fingerbangcast!” the entire episode, I thought it might be best to just consider this episode a “test” and wait until the second episode to officially release the show to the public with its brand new name.

In addition, I am really annoying on this episode. Colette and Stella could not be more charming and cute, but, man, I sure do know how to talk on this show. Granted, it is the first episode and I was most likely releasing a ton of energy built up between now and when RetroforceGO! ended, but … sheesh! Not only do I talk a lot, but I jump from subject to subject like a hyper kid trying to explain to his friends what he got for Christmas after downing an entire pack of Pixy Stix.

But … despite the unfocused energy, weird sound levels, and MY ANNOYING VOICE, the show won out because there are some cute, lovable moments and, if anything, releasing this as episode #1 will make the official, much more polished episode #2 sound all that much better! (At least, I hope.)

Now that those disclaimers are out of the way, click here to download the premiere episode of the RetroforceGO! spin-off!

And, yes, we have picked the new name. While I was going to wait until the next episode to reveal it, I am an idiot and didn’t think about the fact that by clicking on the download link, the new name immediately pops up.

So, if you choose to listen this week, when we officially reveal the new podcast name next episode … ACT SURPRISED!