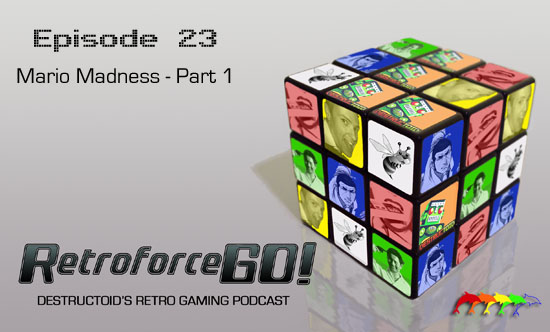 So a plumber, a mushroom, and a dinosaur walk into a bar …

That sounds like the beginning to a pretty stupid joke, but I bet that you at least know that it’s a Mario joke. The reason being, is that the little plumber and his crew of made up friends are so iconic, so well known, that even the mere mention of them as what they are — not even their names — elicits a response in your gamer brain.

I say that makes Mario and his crew kind of a big deal. Hopefully, you think so too and will enjoy this week’s show. A part one of two separate episodes dedicated to the life and times of the industry’s most recognizable mascot: Mario. (Luigi gets some props, too.)

Well, that’s a lot of highlights from this week. But since we took a week off (sorry Charlie!), we became so overjoyed at being back together, that we just had a blast. Check out our blastness over on our podtoid page, or just subscribe to us via iTunes and become part of the collective (Borg implants not included).