Our vacation time announcement made you sad, didn’t it? Yes, I know that you want us all to have fun, but I also know that many of you miss your weekly injections of thrift adventures, Xbox ennui, dolphin-related joy and Chocobo noises. Believe it or not, even though I am observing the glory that is the wet sculpture of Chad’s ass through his swim trunks as he frolics down the beach, I miss it too.

It was for that reason that we thought we’d transmit once weekly from the beach to bring you RetroforceFAUX!, a quickie round up of reviews, observations and updates from the RFGO! crew to keep your parched mouths moist with all that is retro. Hit the jump to check out this week’s edition, which we had barely enough time to all chime in on before Topher hurled himself into an inflatable pool of grape slurpees.

While the rest of the RFGO! gang went to buy ice cream, I snuck away to hang out with my dolphin friends in their undersea kingdom. I have to admit, though: I miss you guys so much. I can’t wait until the show starts back up again.

The good news: my dolphin buddies actually own a Wii, so I got to try out all this past week’s Virtual Console releases and send in my review. Thank you to Dolphy and Delly for letting me use their room (which is made entirely out of coral, btw).

First up we have Dig Dug (600 Wii points) for the Nintendo Entertainment System. It’s Dig Dug, so it’s awesome. Strangely enough, it costs an extra dollar, and that makes it a little less awesome.

I was going to try my best to describe this wacky game, but I think just showing you a screenshot will be explanation enough: 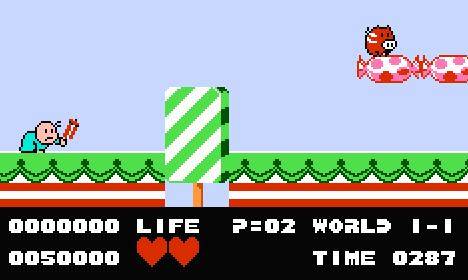 Yup. You are a baby that attacks enemies with a rattle. It is the greatest game that has ever been created.

It may not be the best week ever, but this week easily gets four out of five dolphins.

Colette’s Kweh! on WiiWare of the week

If you read my Monday post about this title, I was skeptical then and I have to admit to not being entirely converted even though I’ve played the game since. The thing about this game is, if you play other Pokémon games, this is going to be the most fun for you because you can store the ones you have captured in the ranch. I haven’t played the other games very much, but I have to admit I did like being able to mingle my Miis with the Pokémon.

The game is very cute, and you can’t beat having 1000 extra spots to save your Pokémon in — that will surely appeal to fans of the DS titles! Should you spend ten bucks on it if, like me, you do not have any of the DS games? I’d say only if you really like cute stuff or want to play with them and check out their reactions. The game is well done, though, so I’ll award it four out of five Chocobos.

Topher’s word on the XBLA scene

Frogger 2 (800 MS points)
Not everyone got to take a vacation this summer, and I’m sure there are still a few people cowering in their cubicles over at XBLA headquarters this week, wondering whether the laser eyes on whatever my version of Chad’s Vigo painting is will activate and reduce their bodies to ashes. Lucky for them, I’m a big fan of Frogger. Let’s begin by … wait … wait, WTF, this isn’t Frogger at all. What’s all this nonsense about UFOs and aliens and … is this another one of those sorry attempts to “update” a classic franchise by injecting it with whatever some team of marketing c*ckbags thinks the kids are into these days? Get this crap out of here. Also, I’m pretty sure this is a port of the same tripe they attempted to feed us on the PS2 or whatever system it was ported from. No, I didn’t bother looking that up, because it isn’t worth knowing where this game came from. Go to an arcade and play some real Frogger. Oh wait, those are extinct. Go find an Atari emulator for your phone or something. Just don’t play the XBLA one. 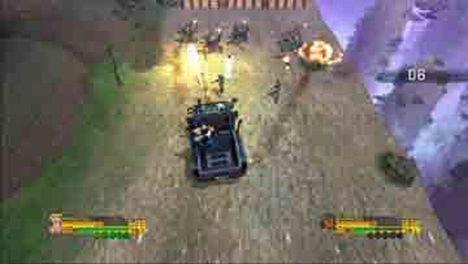 Commando 3 (800 MS points)
Hooray! It’s a sequel to Capcom’s classic game, Comm … wait. Goddammit. This isn’t right, either. While I do have to commend somebody-or-other at Capcom for putting together a lovely UI and some sharp-looking menus for this game, it’s kind of like chomping down on a peanut M&M with a rotten peanut in the middle. Or a rock. It looks pretty on the outside, but all that’s wrapped up in it is meh. A mehnut, perhaps. I think I found a new meme for when we come back. Anyway, this is another boring, dual-stick run & gun, just like Capcom’s other XBLA stinker (mehnut M&M), Rocketmen: Axis of Evil. Rotate the sticks, your guy fires colorful laser thingys, stuff dies, you kick yourself for wasting ten bucks that you could’ve spent on Assault Heroes 2, which is one of the only games in the whole genre that’s actually fun. Go play that instead. Better yet, go download Roogoo or Aces of the Galaxy, two recent games that you’ll have more fun with in ten minutes than you will playing through both of this week’s lamebombs in their entirety. Combined.

Hey, folks. Even though we’re taking a little break during the summer, that doesn’t mean that the retro goodness should stop flowing! So along with keeping you up to speed with all the DLC that’s coming out, I thought I’d spend a few paragraphs every week describing an old title that you may have missed, or one that is quick, easy and fun. With that, I present:

This week’s selection was actually recommended by a community member in one of our previous show posts, and after playing it myself, I definitely recommend it too. It’s an old NES puzzle/adventure game from way back called Kickle Cubicle. I know that if you’re familiar with the game you may have passed on it due to its cute appearance and semi-simplistic look. Allow me to tell you that you may have made a mistake. 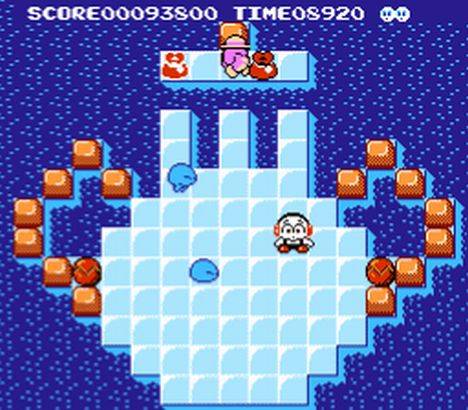 First, Kickle does start off being incredibly simple. The game borrows a lot from the Adventures of Lolo style of gaming but has a far easier learning curve. Also, the main character has an unlimited amount of ammo (ice beams?) to keep him from dying. Regardless, the game cranks up the difficulty level halfway through the adventure, and if it wasn’t for my not-R4’s ability to *ahem* rewind the game, I would have had to start over many, many times.

As far as gameplay, each level in the game is its own puzzle, each with its own solution (the later levels are almost frustratingly tough!), and can be approached in a nice sit-down session of gaming, or level by level in a quick “I’m on the bus” ninja style, which is perfect for on-the-go summer gaming. When beating the game’s four worlds of puzzles, the end sequence rolls by and you are then presented with, que awesome, the super special extra levels!

These bonus levels are incredibly challenging, not to mention a nice addition, and I have yet to get through them all. With my not-R4 making it so easy to not-use my save-state feature, I can jump in and out of this super cute, excellent puzzler at any time. I recommend you do the same!

Oh … I think Dyson’s ready for nude sunbathing. Again. My ass is going to be so tan you’ll never know I was once a pale girl. Until next week, dear readers, we hope RetroforceFAUX! keeps you from the lonelies until our triumphant return.