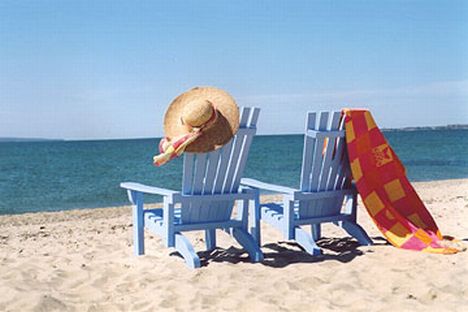 I can’t believe it … it’s almost over. After a full month of sand frolicking, watching Chad sunbathe in next to nothing, and watching Dyson and Topher have live Pizza Roll/Slurpee fights in front of thousands of befuddled tourists, it’s almost time to pack and come home. In all honesty, I’m kind of looking forward to it — I’m never going to get tan out here, and I miss recording the show!

Hit the jump for our final summertime transmission — we hope you’ve enjoyed our adventures, and soon enough, RetroforceGO! will be back in podcast form for your listening pleasure.

It’s the fourth of July! God, I wish you all could be here now. Colette is getting some fireworks ready, Dyson is cooking up some burgers, and Topher, Anthony, and I are lounging around in the hot sun, talking about how amazing Half-Life 2 is. Best day ever! 🙂

Even though only one game came out for the Virtual Console (*grumble*), it is at least a good one. Fans of classic Neo Geo 2D fighting games will be happy to know that Fatal Fury 2 (900 Wii points) is now available on the Wii’s download service.

Admittedly, I didn’t have that much time with the awesome fighting sequel this week, but what I played, I loved! The controls are great, the graphics are colorful, and the characters are really memorable. True, it’s not as good as the masterpiece Street Fighter II (which it obviously draws inspiration from), but what is?! Fatal Fury 2 is the perfect game to spend a summer afternoon with: mindless, addictive fun that doesn’t require a huge time commitment.

Thanks for the solid week, Nintendo: four out of five dolphins.

I was moderately displeased when I talked about this week’s WiiWare title, Magnetica Twist (1,000 Wii points), in the Virtual Releases post, and I’m equally as displeased now that I’ve actually played the game. Is it a terrible game? No, it isn’t. But would I spend 1,000 Wii points on it if it wasn’t my job to do so? No, my friends, I would not. Magnetica Twist is a casual title that works more or less the same way as the game Zuma, except it implements your Miis and allows you to play with up to three other people.

May your parents enjoy it? Yes. Is it what I wanted? Not even remotely. Aren’t there enough casual games out there for the Wii already? I felt it was time to remind Nintendo that some of us want to play something slightly more innovative than this, so I set the office carpet on fire. Let’s see what they think of that. At any rate, two out of five Wiimotes on this one — some people may like it, but I sure didn’t.

Topher ate all our watermelon

No I didn’t! I only ate the one that Chad cut up. Oh wait, that was the only one? Pfft, well then yeah, I totally ate all the watermelon. You should have gotten more than one. That’s what you get.

Hooray! We are having a Yard Sa …wait. Wait, what do you mean they took out the Mission Mode? That’s the like whole point of the game, to play through Mission Mode so you can unlock all the sweet new content that you … huh? All that stuff’s available from the beginning of the game in this version? What the … Well, at least we’ll be able to play it in widescr … wait, why is it square? You mean there’s not even an option to let you squish it? Well, maybe they’ve cleaned up the graphics or enhanced the sound. No? This … this is the exact same thing that was on Dreamcast, but with no mission mode?

Fail. I was really hoping to see Soul Calibur — the game that acted as first kiss in my long and ongoing love affair with the Sega Dreamcast — polished up for a new generation and given the same treatment received by the platform’s other titles that have landed on XBLA. I mean, even Triggerheart Exelica got a bit of a makeover, and it was only two years old, so why not Soul Calibur? As a title released so soon after the Dreamcast’s launch, it was a prime candidate for a shiny rebuild. This was the game that wowed us and gave us our first taste of how great the 6th videogame generation was going to be, and it’s a shame that all it got was a quick copypasta port with an entire gameplay mode left out. I guess that department over at Namco is too busy putting Rally-X on cellphones to have given this the attention it deserved.

THIS IS PRETTY COOL I GUESS

Thanks for reading, guys. We’ll see you back on the real RetroforceGO! very soon!