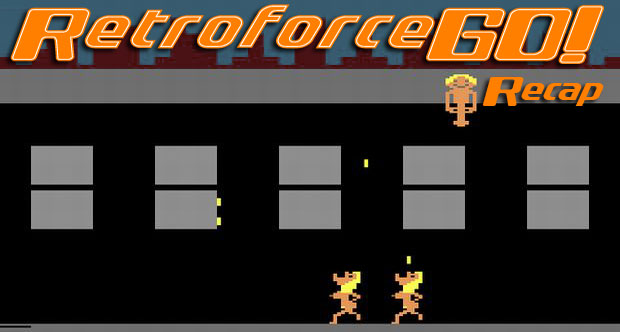 The RetroforceGo! team has been talking about a new idea that we thought our listeners might possibly enjoy. Rather than discuss a bunch of obscure games every week that some of you may have never heard of, we thought it might be cool to actually offer you a resource to learn more about those games — a recap, if you will. It’s with that thought in mind that we proudly introduce Retroforce Recap, a feature that you can use as a supplement to the podcast if you’re interested in finding out more about the games we discuss on the show.

Anyway, as I’m sure you know, this week’s topic was Naughty Retro games, and you can get that episode here. To learn a little more about the games we talked about this week, follow me past the jump where I will do my best to educate you without making too many cheesy sex puns!

There may be a few naughty retro games that you do remember, even if most of them don’t ring a bell. After all, even if you never owned an Atari 2600, you’ve likely heard someone discuss Custer’s Revenge, which we talked about last night on the show.

The quest to make it across the screen to bang the girl tied to the post may not have seemed like much of an adventure to you now, but believe me, some guy paused to stick his hand in his pants more than once when playing this game. I don’t have proof, but I just KNOW.

Here’s another classy selection from the Atari era, Burning Desire. As you can see, you swoop around the screen trying to get your digital wang into a patiently waiting lady’s mouth.

The NES era brought more “sexy” games, but they were considerably less lewd than those found on the Atari. Bubble Bath Babes is probably one of the best known games for the NES that falls into this category.

One game we discussed at great length on the show last night was Boong-ga Boong-ga, a Japanese arcade game where you use a giant finger and stick it in an ass that was actually protruding from the front of the cabinet itself. If you don’t believe me, go look here — Seanbaby actually found a picture of a guy about to use this thing.

Of course, we can’t forget to show you some of the best sexy computer games. I had fond memories of a text adventure called Leather Goddesses of Phobos, which later got a sequel with actual graphics.

And let’s not forget Leisure Suit Larry… Land of the Lounge Lizards was a classic.

We hope you enjoyed our tour through the evolution of naughtiness in retro games! See you next week!