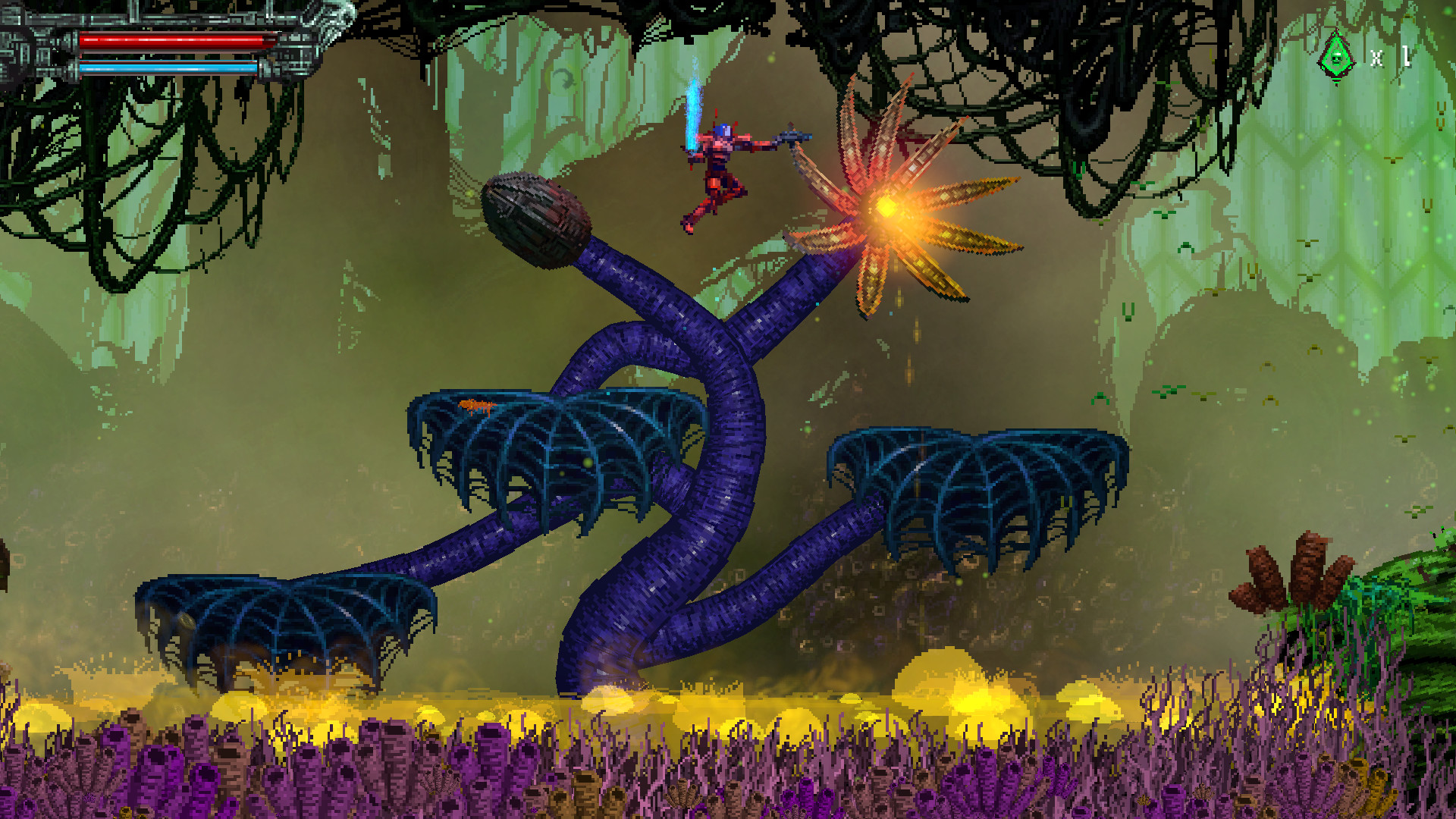 Coming to Steam later this year

There are a lot of platform-based shooters in the modern market but not all of them look like Valfaris.

I’m getting the same vibes as Wolf Brew Games’ Slain in all the best ways. While we all know an art style doesn’t make a game (that was evident with Slain, at least as launch), the video seems to let us know that the developer has that covered.

Steel Mantis is developing and Digital Uppercut Productions is publishing. It has a Steam page already (with a demo) and man some of its screens look really great. It’s my third low key good looking PC Gaming Show title behind Starmancer, and Songs of Conquest.