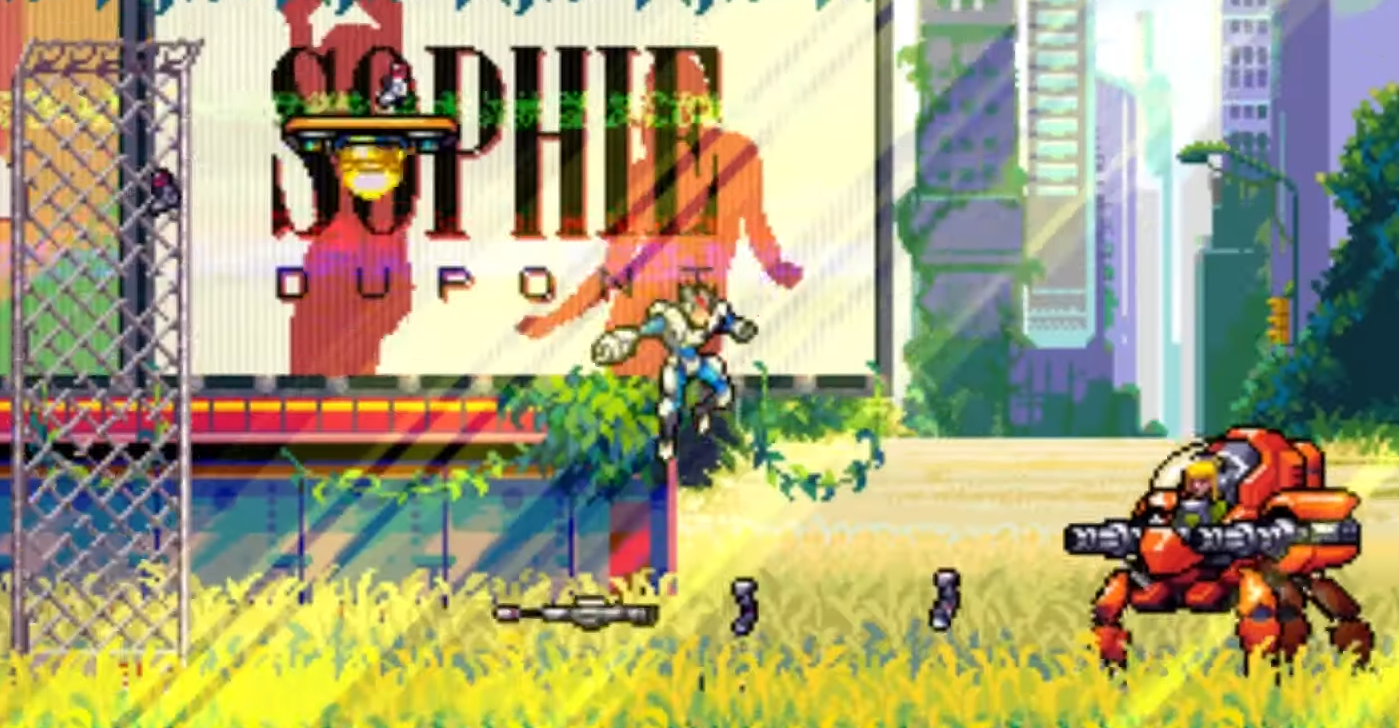 Are you ready for another Tribute Games published joint? Well, after you watch the trailer for Steel Assault, you might be.

Like we saw previously Tribute Games reiterates that Steel Assault is a “16-bit style” retro platformer that is purposefully designed to be 60 minutes long, focusing on swift and smooth action. It’ll also bring in a “unique take on grappling hooks,” as well as “optimal screen resolution for CRT gaming.” No matter what resolution these promos are using, Steel Assault looks fantastic. The goal of the team is to have players replay stages and try and beat their best times, but for $14.99, an all-killer-no-filler game could be a decent prospect even for just a few playthroughs.

One of the coolest features of Steel Assault is a “retro hard” mode, that ups the ante, in addition to more casual modes with a “variety of difficulty options.” I remember when platformers had only one speed, but given that I was playing a lot of those on my own because they weren’t accessible, the modern shift in this area has been great. I love that with multiple modes more people can get into it.

While Zenovia Interactive is handling development duties, this is really up Tribute Games’ alley: in terms of preserving the retro experience with brand new releases. They’ve made quite the name for themselves this past decade or so, producing games and now publishing them. They’re a regular Inti Creates or Yacht Club Games!