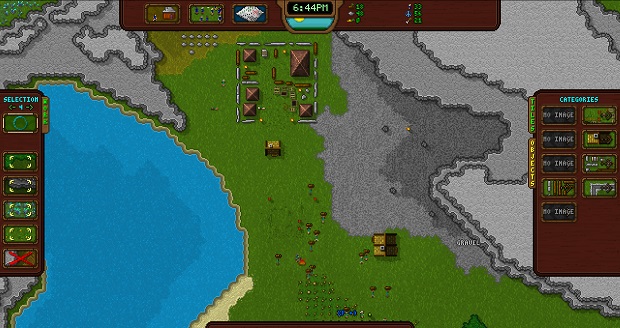 This indie strategy game has hit its Kickstarter goal

Trendy survival games like Rust and Don’t Starve have had one interesting feature that rarely get’s talked about: you can’t actually win at these games. That’s the main concept behind the small-scale Retro-Pixel Castles, an indie strategy game from Raymond Doerr. Yep, that’s right — Raymond has done all the coding, art, and music. Pretty darn impressive.

The main component is building your tiny little pixelated village and surviving against the harsh elements and invading monsters. Retro-Pixel Castles reached its fairly modest goal of $5,000 on Kickstarter but there’s time left in the campaign to reach some stretch goals.

Raymond’s been working on the game for over six months and there’s an early build that you can download from the official website in case you want to try it out beforehand.