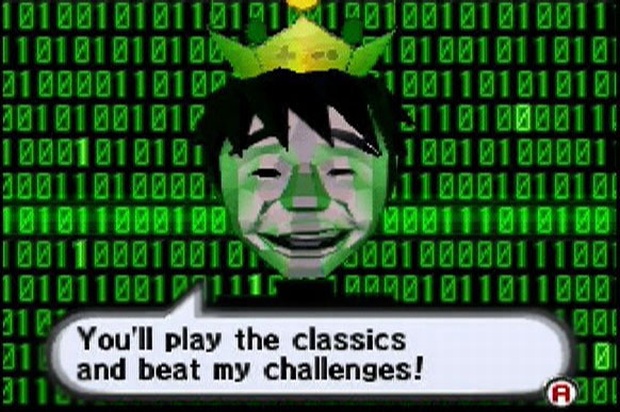 In a recent interview with RPGamer, XSEED’s Ken Berry chatted about Little King’s Story, Arc Rise Fantasia and other projects. Game Center CX 2 came up, better known as Retro Game Challenge 2 to us here in the US, but unfortunately news of its localization was not so good:

“We’re getting by, but not doing as well as we’d like. Retro Game Challenge started off well but still hasn’t gotten to the point where we can justify bringing over the sequel. It’s amazing how many people write to thank us for publishing that game, so perhaps as those enthusiast fans continue to spread the word we will get to where we need to be eventually.”

Man. I begged everyone I knew to buy Retro Game Challenge, not only because it’s one of the best games I’ve ever played for the DS, but also because XSEED told us its performance would affect whether Fragile would come out here or not. It never did, so I guess the numbers didn’t make it where they should have. I’m disappointed to say the least, but I guess I should be happy the first Retro Game Challenge got a US release at all. Keep taking chances, XSEED!