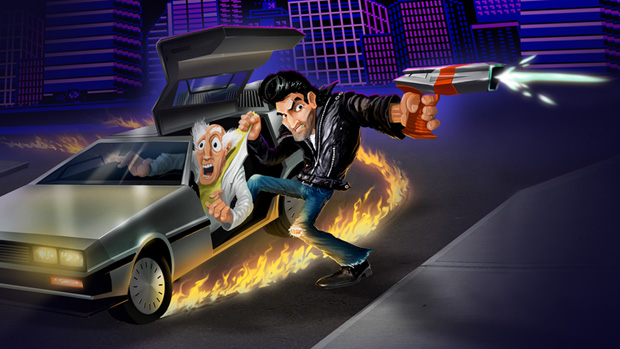 The 10-year wait is over

Brian Provinciano’s NES-style Grand Theft Auto parody has been cooking for just over a decade, and when it missed its proposed May release earlier this year, it felt like development would continue forever. But with a launch date set for next Tuesday, there’s no way RCR will get the bump again… right?

The game costs $14.99. Should you buy it over PSN, you’ll receive copies for both PS3 and Vita. It’ll also be available over Steam and GOG.com, or you could buy the DRM-free version through the game’s homepage and receive a free download code from either Steam and GOG.com as a bonus. This only applies to the US release; Europe will have to wait until later in October.

But what of the WiiWare and XBLA versions? Brian says that WiiWare should be getting its fix shortly following PSN, while XBLA will get its due once a release slot is finalized. Excited yet?