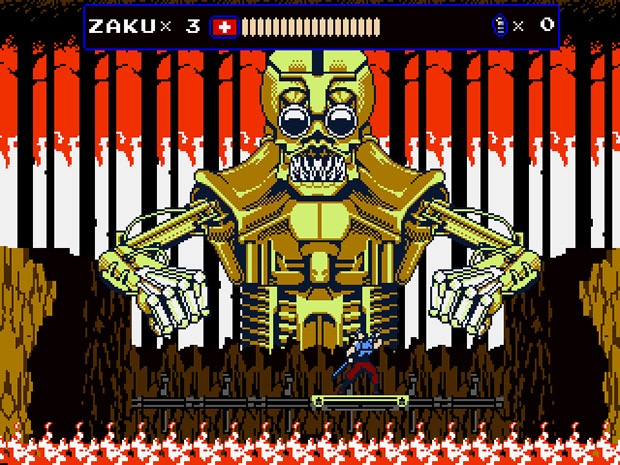 A sizable amount of time has passed since I last wrote about JoyMasher’s old-school action game, Oniken. It’s the kind of title that people who grew up on the NES ought to really appreciate. And as much as I feel like indie developers have on the whole overly relied on 8-bit aesthetics, such a style is warranted here.

Oniken is a mere week out from release on Windows. It’ll be hitting Desura for $4.99 on Friday, June 22, with Mac and Linux versions of the game to follow at a later date. Pre-orders are already open, so if you didn’t get a chance to try the early version referenced in that first link, go give the demo a download.

Love the trailer, and the fact that the original soundtrack is included at no extra cost.