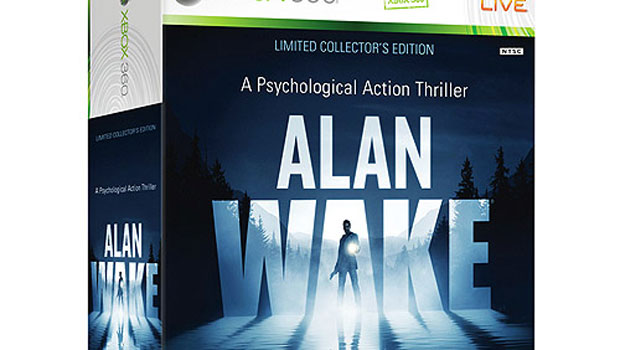 Ahead of today’s X10 event, two retailers — Walmart and Best Buy — have revealed Alan Wake Limited Edition for the Xbox 360.

According to the listings, the $80 set will get you:

The whole package comes in a box designed to resemble a hardcover book, “hardbound in quality linen.”

Both retailers also mention the same release date for the game — May 25, 2009. With X10 kicking off in only a few hours, we’re sure to find out how accurate that is soon enough.