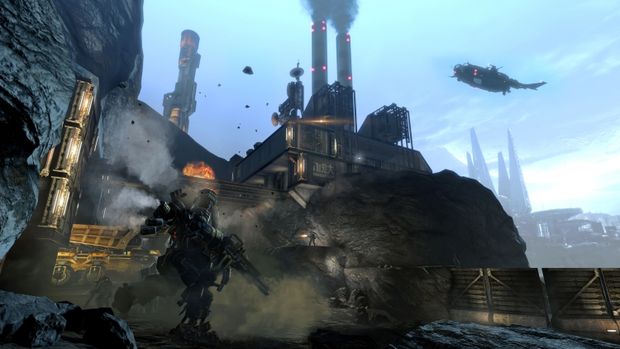 Over at the official Titanfall site, developer Respawn Entertainment has given us a look at Dig Site — one of the three maps in the upcoming Frontier’s Edge DLC pack. It’s a mining site over “subtle” elevated terrain, which the typical structures in tow you’d expect from a dig site. Meh.

I know it’s too early to really tell, but I’m not impressed based on the visuals. It looks just like Relic and a few other maps in the game, and isn’t the thematic departure that makes a few maps in the original pack unique. $9.99 for uncharacteristic maps (even just one) is a lot of dough.