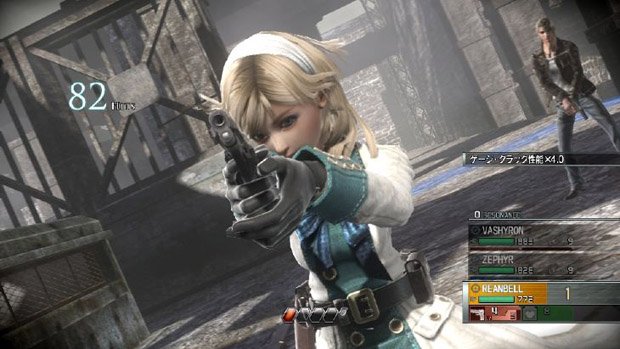 I’m all over End of Eternity, Sega and tri-Ace’s upcoming role-playing game. It’ll be called Resonance of Fate here in the US. Either way, I was blown away by its slick look and crazy battle mode at this year’s Tokyo Game Show.

Today the Japanese release date was announced: Janurary 28th, 2010, for both the Xbox 360 and PS3 versions. In celebration, the official webpage has been updated with plenty of goodies, including more pictures, details, and some video.

As a preorder bonus, a soundtrack called Resonance of Sounds will be given out. It includes ten songs by composers Motoi Sakuraba and Kohei Tanaka. What little bit I’ve heard of the soundtrack is outstanding, so this would be nice to have.

Enjoy some new screenshots below while we patiently wait for our US release date. Also, check out Reanbell in cat ears. Love it!