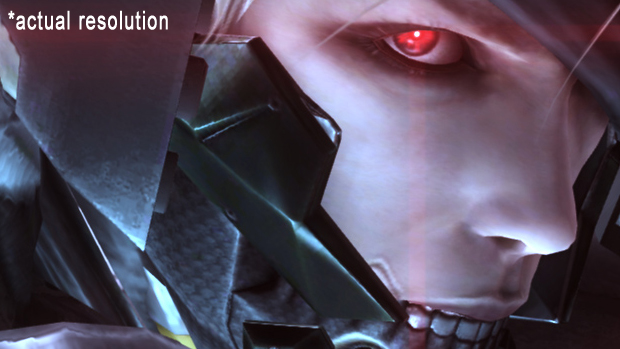 Durante strikes again, but Konami has the next move

The clever coder “Durante” who has been “fixing” the available resolutions of games like Dark Souls and Deadly Premonition following their release, has now turned his attention to the recent PC port of Metal Gear Rising: Revengeance. Posting to NeoGAF, Durante claims to have worked around the 1080p resolution cap the game presently features, including a 4k resolution screenshot of the title screen.

The fix has not been released to the public yet, and Durante suggests that he may not bother to develop it to a release-ready state, as he expects Konami may patch the game themselves to allow for resolutions above 1080p.

While I certainly appreciate the work of Durante and people like him who offer to do things to improve gaming experiences that the game’s developer chose not to do for whatever reason, I’m torn over whether it’s ultimately a good thing. When an inferior product enters the marketplace, it should suffer for that inferiority and put the publishers and developers in a position to where corners are not cut in future product releases.

If modders were simply fixing these things for themselves and leaving it at that (which, in fairness, is the case right now with Revengeance), that market force can remain intact. But in our connected age of distribution, public release of consumer-created patches takes the onus of addressing dissatisfied market segments off of the developer.

“Sure,” the executives will say, “it comes with a bit of gnashing of teeth from that segment, but they aren’t that big yet and one of them will fix it anyway.”

It’s not that these patches will make developers lazy and cause them to release bug-riddled games with the expectation that a community will rise up to fix them. My concern is that they can have a chilling effect on progress. The Consumer Electronics Show happening this week had a lot of focus on 4k displays as the future, and that does seem inevitable. How fast that future comes will rely in part on the availability of content which takes advantage of these higher resolutions, and as long as someone keeps rising up to address the desires of early adopting users, the profit-minded people really responsible for the product don’t have spend time thinking about them.