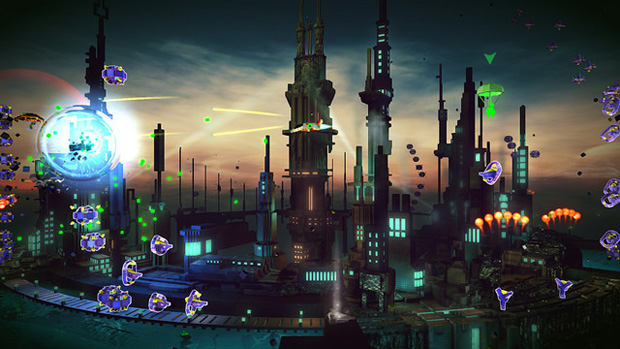 Patch and expansion out later this month

I really enjoyed Resogun — in fact, my only real complaint was that there wasn’t more of it. More is coming, though, and it’s not just new levels. First up is a patch, scheduled for June 23, that will add a ship editor and local cooperative play for free. Then, a day later, the game will get its Heroes expansion for $4.99. This will be the first of the paid DLC coming this year.

The first half of the Heroes DLC is Survival, an endless mode that has tweaks to scoring and gives parachutes to the humans you’re trying to rescue. “There are a lot of cool new things to learn while you take the ride, but as we intend to stay true to the arcade feeling, we will let you discover the twists yourself,” says Housemarque. There’s even a day/night cycle!

Next is Demolition, a mode that borrows from Arkanoid. You no longer have a boost, overdrive, or bombs — instead, you use a wrecking ball to smash through enemies. “You will die a lot,” says the developer, and there’s going to be lots of pickups like multiball. Sounds like chaotic fun and a nice departure from the core Resogun gameplay.