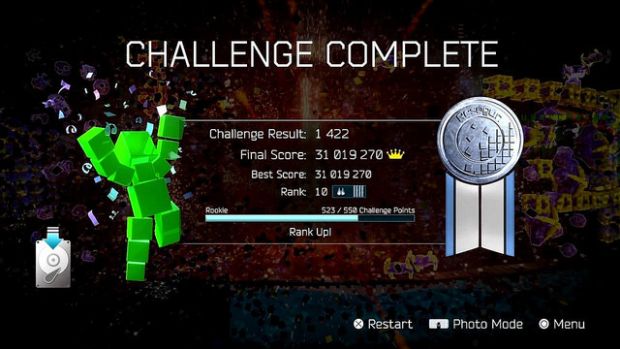 So much Resogun, so little time

If you own a PS4, then you should already own Resogun. It’s a quality game. Trust me. For those that left this game on the virtual back shelf for a while, it might be time to check out what’s changed.

Starting today, a gigantic and free content update called Resogun Challengers is adding “a new system of player levelling which is achieved by earning Challenge Points as a reward for completing new challenges and feats across all existing game modes.”

The free update also adds a Human Gallery and Photo Mode. Oh, and if you’re a trophy whore, they added some more of those too.

All this free stuff is coming on the back of the announcement of Resogun Defenders, the next paid expansion that will be available Feb. 17.

Resogun Defenders is adding two modes to the game: Protector and Commando mode. In Protector, you will attempt to do just that, protect. There will be new power-ups and an all new planet flip mechanic.

In Commando, you take on the role as a human equipped with a mini-gun. The best part of this mode is that it supports both co-op and competitive multiplayer.

If you were still wanting to pick up Resogun, the main game will be available for 33% off for the next two weeks.