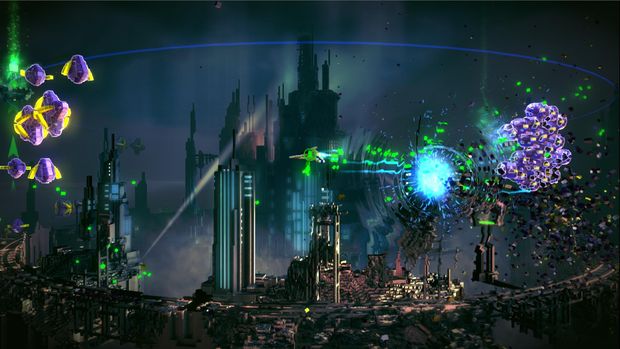 Are you still playing it?

Back in January, I was floored to hear that my favorite PS4 launch game Resogun had DLC in the works. But it’s been almost five months since then with no word on when said DLC would actually drop — until now, that is. Developer Housemarque has confirmed that it will arrive in June — although it’s still up in the air as to what it actually is (co-op is rumored).

All we have to go on actually is this teaser image in the gallery below, but either way I’m excited to jump back into the fray again.