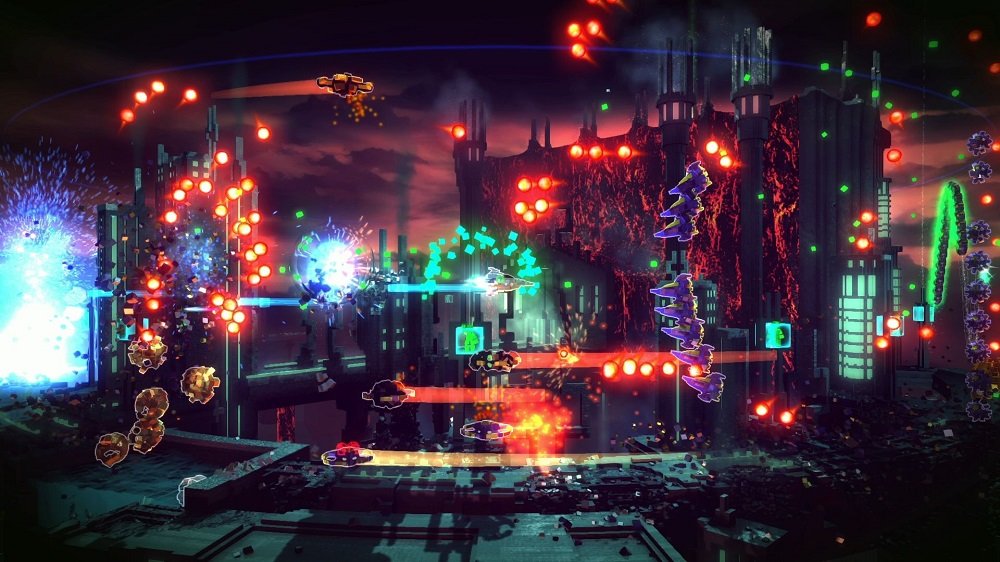 Speaking to Engadget, Helsinki-based developers Housemarque announced that they are moving on from their trademark arcade shmup shooters, due to the genre not being financially viable in today’s gaming climate.

The company have put out several excellent titles over the years, such as early PS4 game Resogun, Super Stardust HD and the brilliant Nex Machina, with their latest game, Matterfall receiving official Sony distribution. All of these titles were received positively by critics and genre fans.

Sadly, that doesn’t automatically translate to big bucks, with Nex Machina failing to sell over 100,000 copies across two formats. Still an impressive number for a niche title, but not enough to keep the company in financial security.

“We are really proud of what we accomplished with Nex Machina,” said Housemarque CEO Ilari Kuittinen. “It was a passionate work of love, and we got to work with our hero, Eugene Jarvis. We don’t have regrets. We would have liked to continue down this path, but unfortunately that’s not possible.”

Though it fortunately appears that there will be no job losses at the fifty-strong developer, Housemarque have no choice but to pursue other avenues of gaming more aligned with the mainstream consumer, rather than the passionate genre stalwarts. It’s quite sad, as vibrant, flashy shmups are clearly where the heart of the team lies, but obviously they need to stay afloat like everybody else. Here’s hoping the team bring their gorgeous visuals and pulse-pounding action to more financially-secure titles in the future.

“I think we’ve seen the writing on the wall for quite a long time,” continues Kuittinen. “We were just hoping that we might be able to reverse the tide.”

A company letter to the fans about their new direction can be read here. Housemarque also released the music video below, originally intended to promote an update for Nex Machina, as a thank you to their dedicated followers.