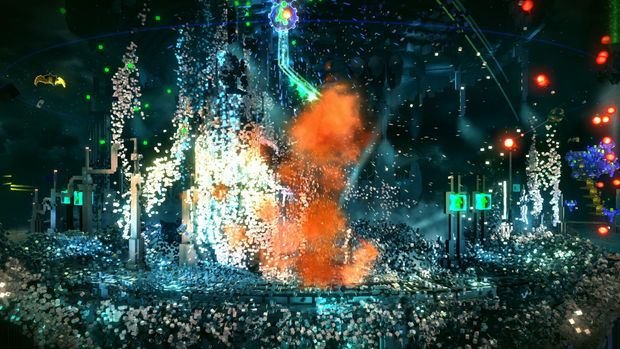 More Resogun is a good thing

It’s safe to say that in my household, Resogun was the clear-cut winner on top of the pile of PlayStation 4 launch games. But after over a week of extended play, I kind of saturated everything there is to do in the game, and I was left wanting more. Thankfully, Housemarque has confirmed that DLC is on the way, while simultaneously stating that a Vita version is not in the works.

This follows their nomination for Action Game of the Year by the Academy of Interactive Arts and Sciences, which they’re pretty excited about. Housemarque has also confirmed that another PS4 related project is on the way. I can’t wait!