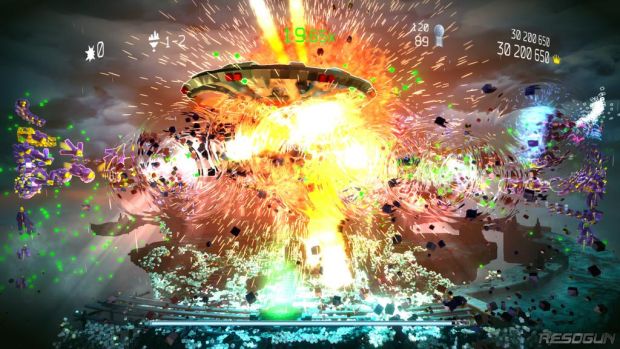 As a semi-jaded gamer, I typically despise the concept of DLC. Often times we are presented with content that either doesn’t live up to the price or publishers push their content too early in a game’s life. Resogun Defenders for the PlayStation 4 is the exact opposite of that.

Even if you’re a casual fan of Resogun and haven’t picked it up for some time (like me), at $4.99, Defenders gives you so much value and pleasure that you’ll want to drop whatever AAA title you’re currently stuck on and really get into this — because there’s a lot to get into.

After recently adding challenges and a photo mode for free, Resogun Defenders adds two new game modes — Protector and Commando. Both are fantastic and make the game significantly better. I admit, I’ve never been terribly good at Resogun, but I always enjoyed it nonetheless. With these added modes combined with challenges, I now have a desire to delve deeper and get better.

In Protector mode, you race around the map trying to rescue as many humans as possible. The fun starts when you’re suddenly flooded with humans and the panic overtakes your body. Gotta catch ’em all is pretty much your goal — as impossible as it seems at times. 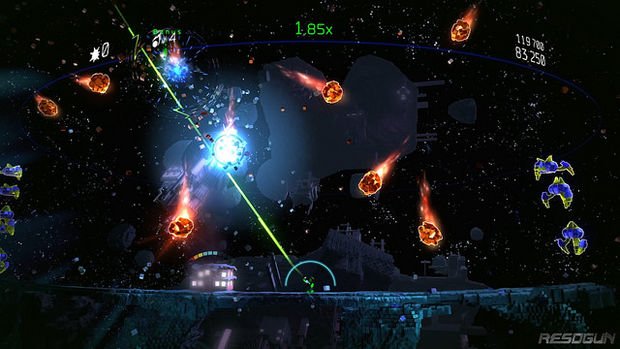 My favorite mode, Commando, ditches the traditional Resogun ship and has players take on the role of a human. With a heavy Space Invaders influence, you are essentially protecting your home from falling balls of fire and the myriad of other enemies the game wants to throw at you. The mode even has a nice little surprise. I don’t want to completely spoil it for you, but let’s just say your little human will sound like a certain commando and former California governor.

If you even remotely enjoyed your time with Resogun or have been looking for a reason to start playing again, then consider saving those pennies and picking this DLC up. Whether it be the challenges meshed with the new game modes or fantastic co-op (both locally and online), you won’t be bored or disappointed with this.