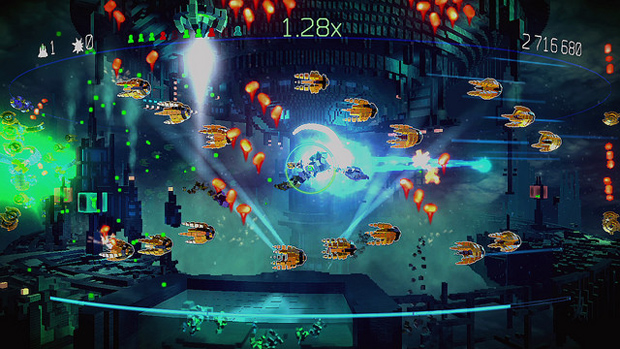 The former has Cross-Buy support with PS4/PS Vita

Just days ago, we learned that PlayStation 4 shooter Resogun was more than likely coming to PS3 on top of the already-confirmed PS Vita release. It’s true! And it’s happening soon.

The ports are releasing December 23 and, best of all, you only need to buy the game once to get access to it on all three systems. Saves are cross-platform, too. The downside is that Resogun will run at a locked 30 frames per second, not 60, on PS3 and PS Vita. Curse those voxels.

An expansion, Resogun: Defenders, is also in the works. When it launches next year ($4.99 standalone, or included in the Season Pass), it’ll add modes (Protector and Commando), ships, and planets. A free PS4 update will bring new challenge and feats across all existing modes.

In other Housemarque news, the studio’s earlier shoot-’em-up, Super Stardust HD, is headed to PlayStation 4 early next year. Besides the new name, Super Stardust Ultra will have extras like the ability to send and receive challenges to online friends and an interactive streaming mode in which viewers “vote periodically to change up your gameplay as they watch.”