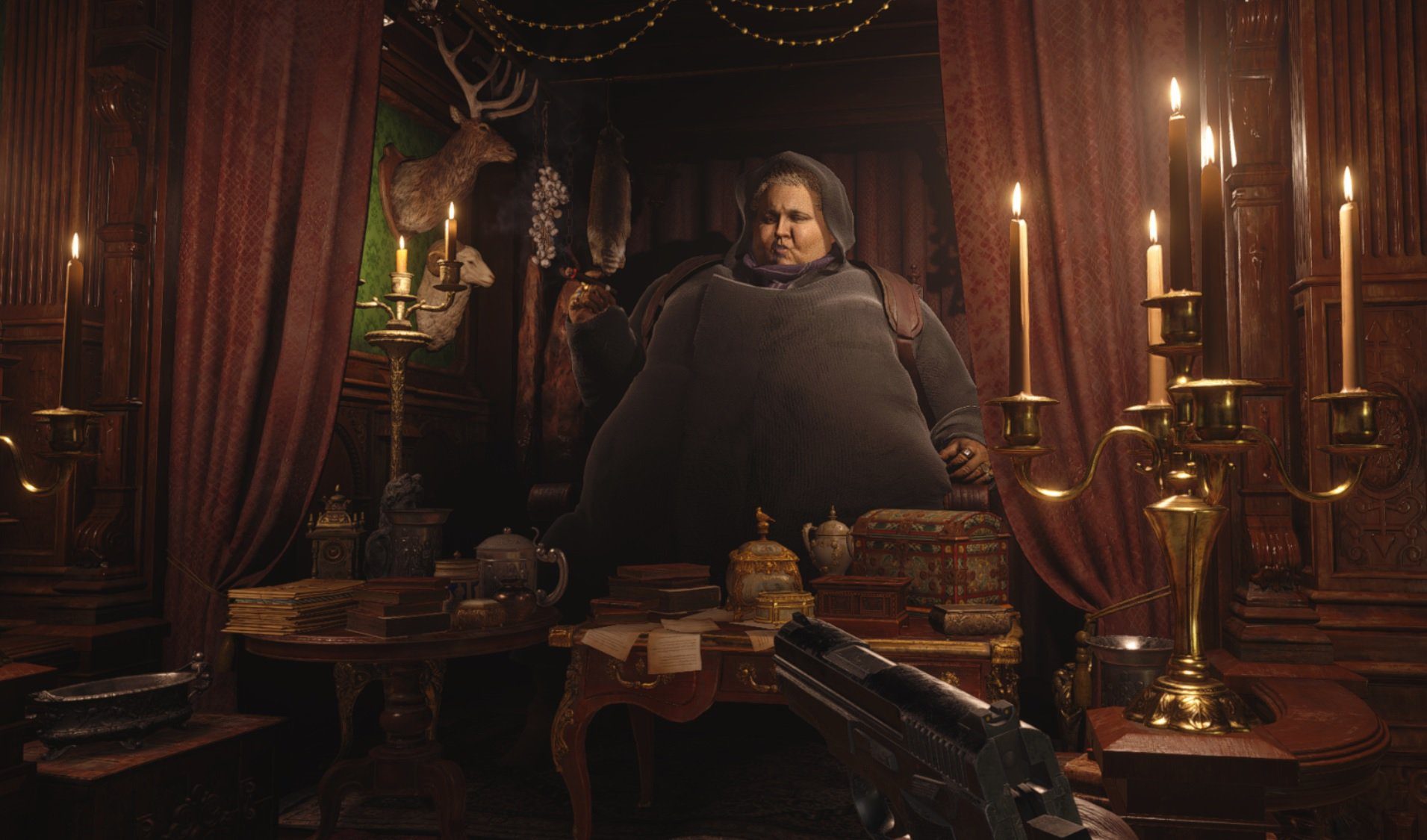 Resident Evil Village is scaring up a decent chunk of sales and goodwill with Resident Evil fans, and now comes the part where we all dig into the nitty gritty of all the unlocks, and of course: mod the ever living crap out of the game.

We’ve seen some good ones in just the few short weeks the demo and the full release have been floating around, and now this one is just perfect for multiple reasons. It’s simple: a Merchant costume for Resident Evil Village‘s new resident merchant, Duke. It was created by the appropriately named JWesker, and you can find it here on Nexus Mods.

The significance of the outfit actually goes into lore-based territory. In Village, Duke makes a meta-reference to the “what’re ya buyin?” quote from Resident Evil 4, stating that “it’s something an old friend of [his] used to say.” When I first heard it my eyes lit up! Now we can imagine he uses the same sense of style, too.

Here’s a list of the Resident Evil Village mods we’ve highlighted so far: