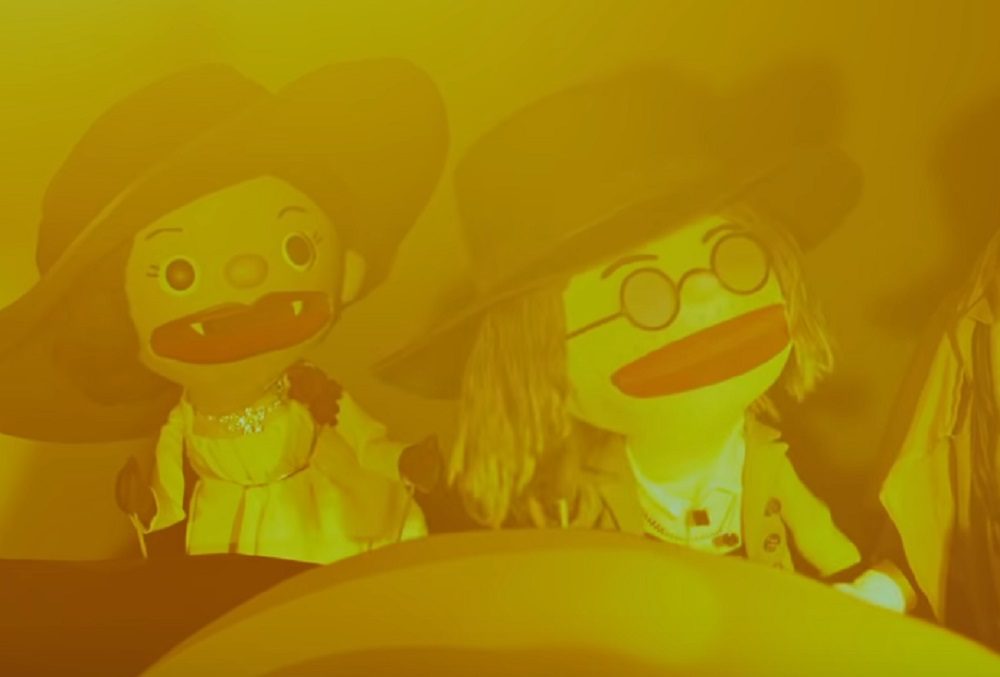 Someone’s been watching all along

Last week saw Capcom release the newest episode of “Let’s Play in Bio Village,” the infectiously creepy-cute puppet show starring the villains of Resident Evil Village. This episode is particularly special, as it features a guest appearance from another member of the horror sequel’s Rogues’ Gallery.

The episode begins with Big Sister Dimitrescu suggesting Moreau brush his teeth with a razor-sharp brush, with predictably messy results. While the edict of the entire show is that Resident Evil Village “is not scary,” this latest gory happening proves too much for Angie, who admits to being terrified of the whole show. Dimitrescu and Heisenberg then question their recent, kind actions — embracing their dark side and giving in to their murderous intent.

Fortunately, just as things start to get a little chaotic, the gang are paid a visit by Mother Miranda, who informs them that she has been watching all along and that they are all doing a fine job of “not being scary.” Thus, happiness is restored. The episode ends with a lengthy disclaimer comically informing viewers that Resident Evil Village may, in fact, be scary after all.

After Mother Miranda’s confession that she had been “watching all along,” I went back and re-watched past episodes and, true to her word, Miranda has been spying on her fellow villains, hidden in plain sight, which is a delightful touch. For example, here she is in Heisenberg’s death machine. When you see it… you’ll shit bricks.

Now that Resident Evil Village is out and in the hands of the players, and the fourth wall has been crossed on the puppet show, is this the end of the line for “Let’s Play in Bio Village”? I hope not, as while I understand a ridiculous amount of work goes into each episode — giving them a beautifully polished, slickly produced look — it would be a shame not to see our (non-scary) friends again. Time will tell.