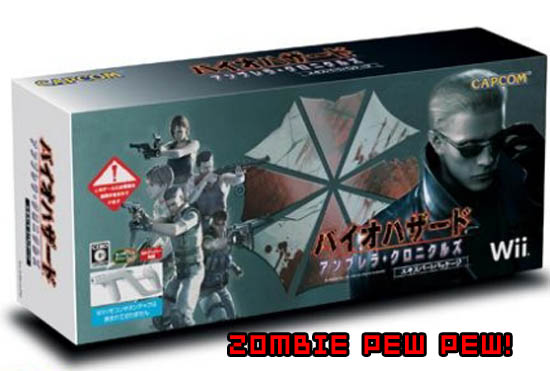 Wiifanboy has found out about a Resident Evil: Umbrella Chronicles game bundle that includes the Wii Zapper as a pack-in. So far this seems like a Japan-only item.

The “Expert Package” comes with the new Biohazard game, a 28-page book called Wesker’s Extra Report, the Wii Zapper, and some stickers (what’s the deal with stickers and Japan?). The whole shebang will cost 8,610 yen (about $75).

There’s a few more pictures in the Japanese Game Watch story on the bundle.