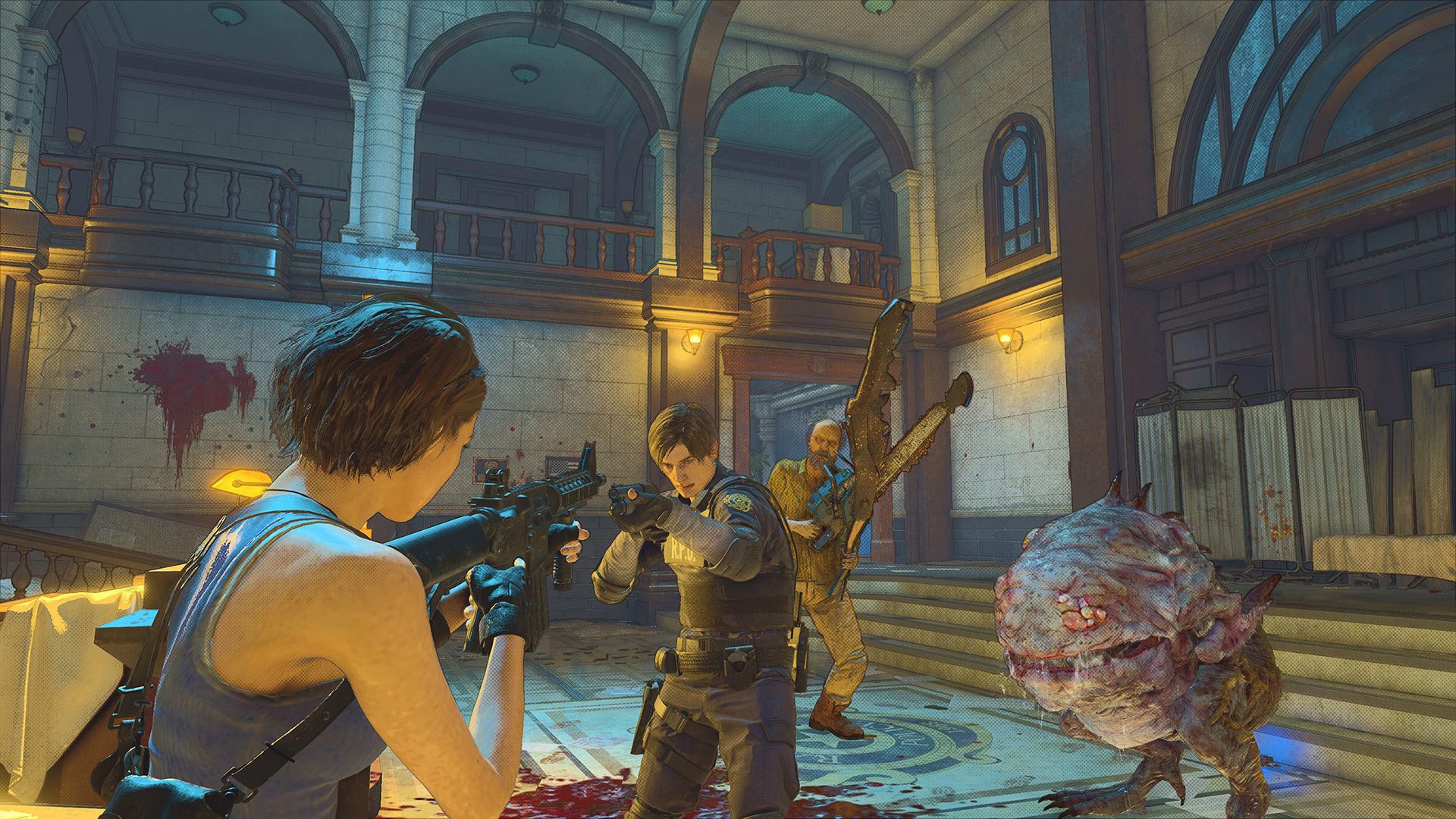 Footage from the Re:Verse beta shows the basic deathmatch flow as survivors turn into bioweapons

Player footage from the Resident Evil Re:Verse beta hasn’t swayed me one way or the other – I still think this multiplayer pack-in looks like a silly fling – but it’s nice to know that you can change the graphics. If you weren’t a fan of the exaggerated art style in the reveal trailer, you can turn off the comic filter.

Here’s some beta footage of the Re:Verse tutorial with the filter on:

And here’s a deathmatch with the filter turned off:

As a survivor like Leon, you can shoot, dodge, and roundhouse kick other players, who will then morph into a bioweapon when they die. The more virus capsules a player is holding onto, the more powerful a beast they’ll become – until they’re taken out, at which point they will respawn elsewhere as a human. The beta doesn’t cover progression hooks or other elements, but it paints enough of a picture for now.

If you’re in any way invested in this stuff, the ResidentEvil subreddit has a recap of the six survivors, their weapons, and their abilities. Hunk can go invisible and Claire is packing Quickdraw Army.

Re:Verse reminds me of the tacked-on multiplayer landscape of the Xbox 360 era, except I had a soft spot for some of those modes (like Dead Space 2‘s human vs. necromorph battles) back in the day.

I can’t stress enough how much I’d rather play a Resident Evil side-mode working with other players to survive – or face off against AI hordes alone for points, Mercenaries style. Whether they’re included as a bonus with the main game or not, these halfhearted PvP outings aren’t going to cut it for a lot of us.

I mean, yeah, I’m sure I’ll try it for an evening after the credits roll in Village, but Capcom can do better.